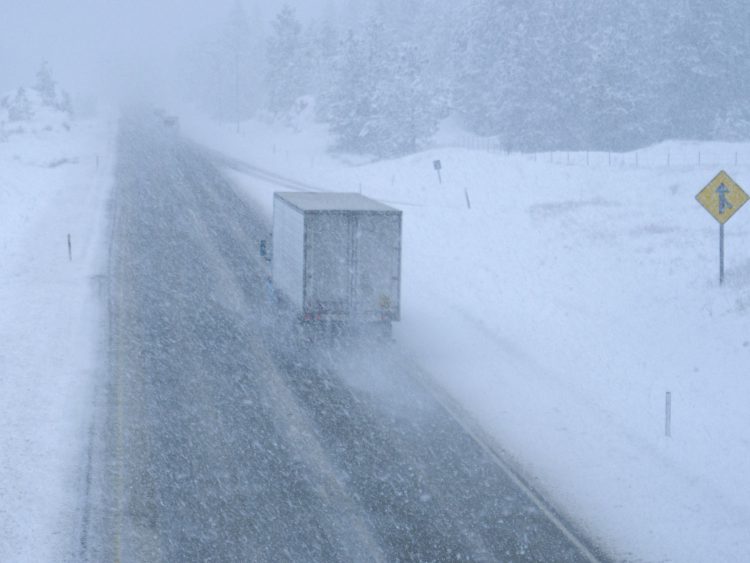 In yet another headache for shippers to and from the United States a widespread winter storm hit the central US and East Coast last week adding a new layer of disruption to supply chains beset by labour shortages, delays moving imports inland, and a general lack of warehousing and storage space.

The storm lashed states from New Mexico and Texas to Maine, hitting the Dallas-Fort Worth area and other midwestern cities along the Gulf Coast.

Many of the areas affected by the storm face freeze warnings, which are delaying recovery efforts and mean that many businesses are not able to receive freight, with some estimations that it will take two to three weeks for the freight market to recover.

The next two weeks will be critical, as the weather event will have passed, but networks will be out of sync, as shipments, drivers, and equipment recover from the dislocation caused by the storm.

Recovery will be made tougher by the existing hurdles posed by labour shortages and higher-than-usual freight volumes, while more freight will be pushed to the truckload spot market, where capacity constraints have been easing in recent weeks.

Freight delays in February will also put more pressure on US importers preparing for spring sales, because without capacity in the system, it is not possible to recover from incidents which interrupt the flow of that capacity.

Simply, the freight that isn’t moving in Chicago and elsewhere this week must eventually be moved, but how and when that will happen is up in the air for many shippers.

In an unfortunate, but predictable side-effect, US shippers can anticipate transport and related costs to soar in the next few weeks and possibly into the second quarter as they try to recover their supply chains.

Before the storm struck, many shippers sought safe havens at cargo terminals, but these are already overflowing with high volumes of containerised imports that arrived at US ports, but have still not made it to their distribution centres.

Separately, the strategically important Ambassador Bridge, that links Ontario with Detroit and carries 25% of US/Canada trade was blockaded by Canadian truck drivers in both directions late on Monday and remains at a standstill.

Truck drivers have caused havoc in Ottawa for almost two weeks protesting Canada’s new requirement that drivers entering the country, including Canadian truckers returning from the US, be vaccinated against COVID-19. The US has imposed a similar mandate.

The Ambassador bridge crossing is a crucial commercial link between the US and Canada and the impact on already strained supply chains is a problem that the Biden administration will be unable to ignore, because rerouting freight to the west in Washington state, or to the east will be expensive, adding hundreds of miles to routes and raising total per-mile costs.

We are working closely with our colleagues in Canada, the US and globally, to ease the impact of the weather and these protests on our transport operations and provide alternative solutions where necessary.

We will continue to monitor and report on this developing situation, to keep you updated as conditions change.