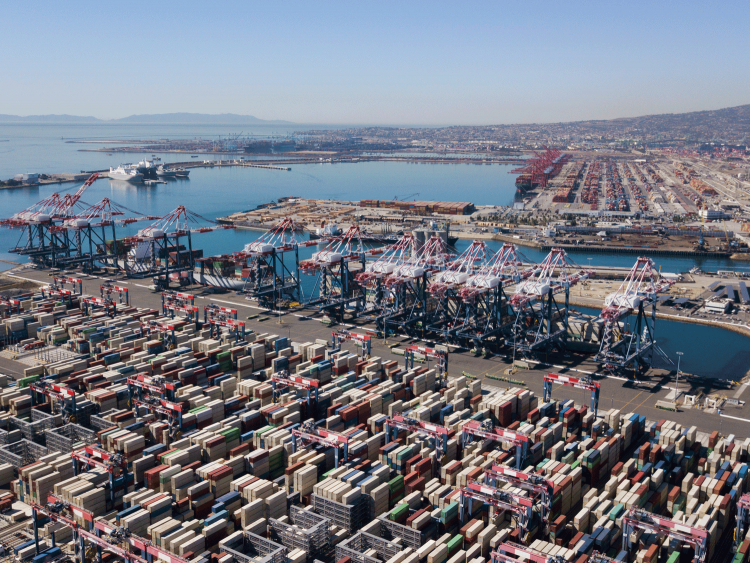 While The House of Representatives passed the Ocean Shipping Reform Act this week, to overhaul regulation of the container shipping industry, its focus on detention and demurrage billing and the container lines’ responsibility to load exports, will have little impact on import congestion, or record sea freight rates.

Carriers may leave India even as GRI’s bite

Freight rates from India to the U.S, which are already at their highest level, are increasing further as shipping lines prepare a round of big general rate increases (GRI) as peak shipping season approaches. But even with further elevated rates and the Indian peak season approaching, with a spike in demand from China growing, capacity may fall, as lines move vessels between trade lanes to carry higher-revenue cargo.

Despite evidence of consumer demand slipping, there is no sign of imports from China slowing and, with Shanghai reopening, an early start to the peak shipping season is more likely, possibly as early as late June.

An early peak season is almost certain to increase spot rates, but the scale of rate increases and length of the peak season are uncertain, as some shippers are delaying or canceling orders and others will have forward-booked cargo.

US imports from Asia increased 2.7% in January through to April compared to 2020, despite the lull typically experienced over the Lunar New Year holidays and the disruption following Shanghai’s lockdown.

All ports within the United States have seen continued congestion for the last two years and has been a leading cause of product shortages during the pandemic, contributing to higher freight rates and supply-chain costs, which have pushed inflation in the U.S. to a 40-year high.

NY, NJ, and Savannah are the latest to be hit with added congestion and while the east coast ports managed import increases last year, early 2022 has brought further volumes, as shipments reduced to the west coast with shippers avoiding the congestion and wanting to remove further risks of delays associated with ILWU contract negotiations uncertainty.

Canada’s west ports are struggling with Asian imports and are announcing that all terminals are completely full. Which means that are not able to handle diversions because of ILWU negotiations or a continuance of USWC port congestion.

Contract talks between the International Longshore and Warehouse Union (ILWU) and West Coast waterfront employers represented by the Pacific Maritime Association (PMA), which had been suspended on May 20th, until June 1st, are scheduled to continue on a daily basis, with both sides committed to good-faith negotiations without disruption, until an agreement is reached.

We are working closely with our offices and network partners in North America to set up contingency platforms, that will ensure product is delivered to market, without the delays experienced with alternative providers.

We would ask that shippers to the U.S. contact us at the earliest opportunity so that we can review their situation and prepare their supply chain for the latest challenges.

For further information please EMAIL Elliot Carlile, he will share all current options. They will take you through the alternative services and solutions, that we are able to offer, to ensure that your product reaches its destination, within vital deadlines.