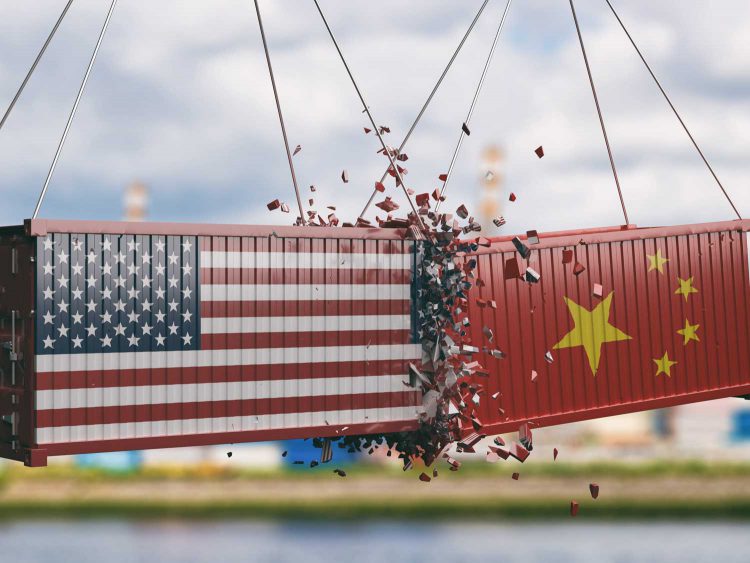 While the overall US trade deficit with China fell to US$26.96 billion in May, compared to US$33.71 billion in June 2018, US imports from China jumped to an eight-month high in May as US retailers rushed to replenish inventory.

Chinese imports of the 548 products covered by the phase one deal rose 11.5% in May, the baseline for the deal.

But China has only bought 45% of the amount of goods required by the deal in the first five months of the year.

Since the US imposed the first round of 25% tariffs on US$34 billion of goods on 6th July 2018 its trade deficit with China has narrowed, but the political gap between the two sides has widened, leaving diplomats facing the most serious challenges since the establishment of diplomatic relations in 1979.

In the short term, President Trump’s declining re-election prospects might mean the Chinese will ‘wait out’ the Trump presidency in anticipation of dealing with a more conventional Biden administration in January.

Over the longer term, with profoundly different economic systems, the fundamental issues remain and the degree of trade and investment integration that has taken place over the past two decades was probably unrealistic, so some degree of decoupling is inevitable.

The recapture of US imports market share for China in May shows how difficult it will be for US importers to shift sourcing to Southeast Asia to any significant extent, as retailers continue to rely on factories in China for the majority of their merchandise imports.

Although US retailers and manufacturers are expected to continue expanding their sourcing in Southeast Asia, especially Vietnam, those countries are hampered by limited production, labor, port and transportation resources.

The industries that expanded into Southeast Asia early on were primarily attracted by low-wage, low-skill workers for items such as footwear and apparel.

Higher-value products such as electronics will need workers with higher skills, therefore if imports from Asia pick up in the third and fourth quarters, China is likely to recapture some market share because its idled productive capacity and trained labor force can return quickly.

With an uncertain and challenging market, outside of the political influences, we are well positioned to assist our clients and partners in enhancing supply chains and ensuring international business is conducted at a time that is fit for purpose.

We look forward to assisting with needs both globally and closer to home, with Brexit looming upon us.

Please call for further information and monitor the regular updates within our newsletters.