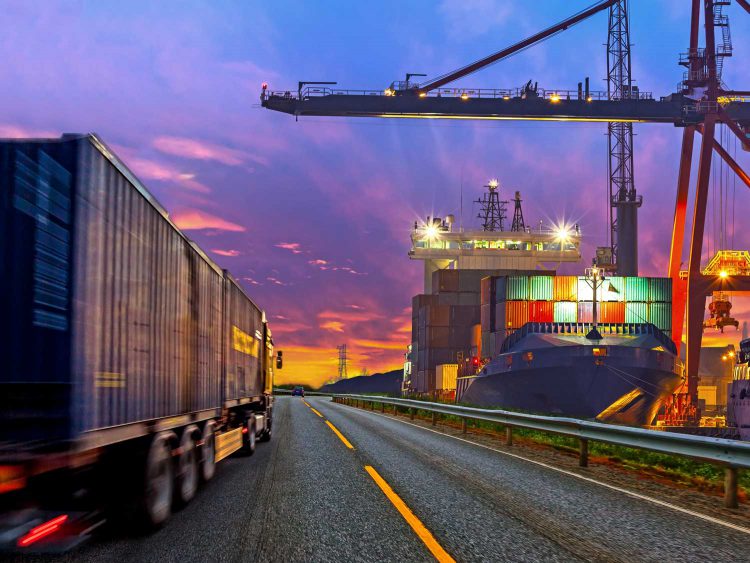 The HGV driver shortage is hitting crisis level in the UK (and around the world) as demand for haulage services continues to increase and, while a potential strike within the industry has been averted, the threat of driver strike action continues at Tesco and Hanson, raising the possibility of further disruption this autumn and running up to the traditional Christmas and festive ‘rush’.

The prospect of strike action comes as severe shortages of workers and raw materials trigger widespread disruption across the British economy, in a crisis caused by the fallout from Covid, Brexit and years of underinvestment in HGV drivers. As well as European drivers returning to their home countries and not returning after lockdowns and Brexit earlier this year, removing an estimated 20,000 HGV1 operatives.

This effect is being felt in all areas of logistics, but in particular within the container transport sector, which can often be seen as ‘hard work that is underpaid’.

Fast-food giant McDonald’s has joined the growing list of companies forced to cut parts of their services due to shortages of stock caused by the lorry driver crisis, which adds to stock problems caused by a disruption in international supply chains.

Analysts say a global shortage of truck drivers has persisted since the middle of the 2000s. Still, the deteriorating global driver shortage, which has now tipped into a domestic crisis, has only become visible to the general public this year. It has been around for much longer and has been delicately managed within the supply chain industry.

The transport sector’s labour issues have developed over time as multinationals have driven down supply chain costs, and the global driving workforce has aged. The average truck driver in the UK is 55 years of age. It has not been a popular career path to follow.

The number of drivers in general freight in the US has dropped to 430,000, down from 465,000 at the start of 2020, and the situation is getting worse. This situation is not unique to the UK, and globally there is an issue with the first mile and final mile aspect of freight movements.

Chartered Institute of Logistics and Transport members in Australia and central Asia have reported heavy goods vehicle driver shortages of 20%.

Increasingly, global trade is becoming more complex, consumers want quicker deliveries, and simply there are not enough skilled HGV drivers to handle this demand around the world. In the UK, to become an HGV1 driver qualified for the operation of an articulated 40’ lorry is a lengthy process that has also been impacted by lockdowns and reduced testing for aspiring drivers. Different vehicles require different accreditations, with many tests unable to be completed during the situation over the last 18 months resulting in fewer new people entering the industry.

According to the Road Haulage Association (RHA), there is a shortage of more than 100,000 drivers in the UK, out of a pre-pandemic total of about 600,000, exacerbated by changes to rules following Brexit and 30,000 HGV driving tests being missed because of COVID.

The impact of this shortage is being felt in every business vertical and is particularly pronounced across the freight sector. Touching domestic delivery and collections, as well as international transport, and particularly the merchant haulage of empty and laden sea containers. The air freight sector is also experiencing issues with collections and deliveries and being impacted as drivers move to less hectic roles within the domestic sector.

In addition, and not widely reported, the purchase of new vehicles and trailers are impacted with manufacturers taking at least 6 months to deliver equipment due to component shortages, other manufacturing issues and demand for new lorries, despite the increasing cost of the assets – simply put they cannot be manufactured quickly enough to meet their order books.

Metro’s transport team is among the most experienced and biggest volume movers in the UK. They are increasingly challenged in locating sufficient haulage resource, particularly for movements within a 72-hour window. Hauliers and carriers, along with market conditions, are dictating a ‘pay to play’ scenario, where the highest bidder benefits. And this is across all modes and sectors of the industry.

Even the payment of a booking premium of >£300 on a container is no guarantee that the contractor will not cancel the booking without notice. This often means the shipper’s container will exceed its free period of rent and detention on imports or fail to materialise on export collections.

We manage these situations with agility every minute of the day. There are no statistics published that we can advise or refer to, to demonstrate the scale of the issues. But it is frequent and demanding.

We have and continue to increase our transport teams across all modes, dedicated to ensuring that we overcome all the industry challenges, now and in the future, with innovation, creative and imaginative solutions and hard work.

The average haulage movement now takes 3.7 times as long to administer, communicate, and organise, with the impact of all the component events this year, as it did pre-pandemic and in 2020.

The RHA, freight transport association Logistics UK and the British Retail Consortium (BRC) are among the trade associations that have – without success – urged the government to take measures, including relaxing visa regulations, to alleviate the road haulage problem.

So far, government proposals have been limited to plans to streamline the process for new drivers to gain their HGV license and increase the number of driving tests conducted. In fact, today, BBC News has run an article on how the government is looking to fast track new driver tests – Government to shorten HGV driver testing process. The situation is changing daily……..

The crisis is anticipated to worsen in the coming months as demand for goods increases with the new school year starting, businesses returning to their workplaces and the build-up to Christmas, traditionally the peak time for logistics movements. This, in particular, is due to be felt in the container haulage industry as detailed – an essential ingredient to global freight movements.

Freight sector hauliers have been increasing driver pay rates, offering retention and loyalty bonuses and improving working conditions in a bid to halt the outflow of experienced personnel to retailers. This all reflects in the costs incurred and the reliability to ensure we continue to deliver consistent services to our customers and ultimately to their customers.

Road transport cannot be avoided, as part of the international movement of goods, with drivers critical for container movements, international and domestic haulage.

We work with a number of selected long-term haulage partners across the UK to give us access to the widest pool of equipment and driver resource.

To learn more or discuss your situation, please contact Elliot Carlile or Grant Liddell (or Simon Balfe, who leads our UK multimodal transport operations) to talk you through the options.