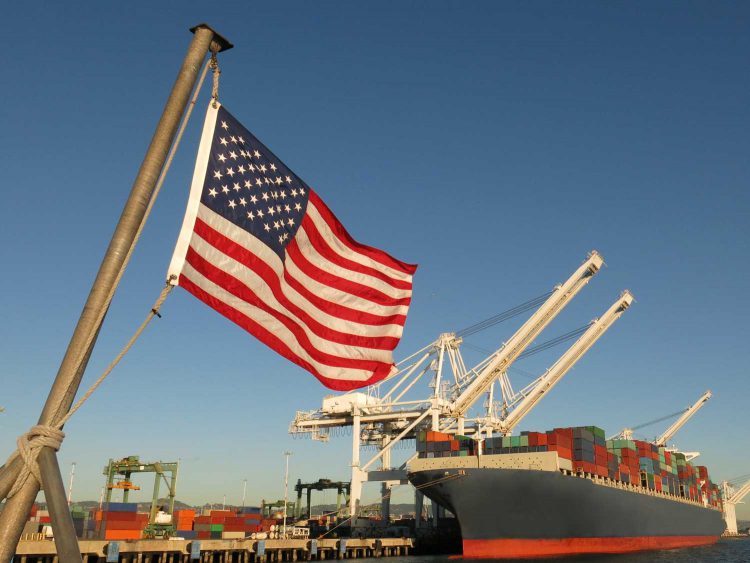 We reported last week how shipping lines were diverting empty containers away from the Asia-Europe trade-lane, to ply the more lucrative trans-Pacific services, with all the signs that demand could continue well into 2021.

With massive and unanticipated demand, the capacity crunch from China to North America has seen carriers sailing full, with shippers struggling to hold on to their booked slots without paying premiums, even as the market enters the time of year that would usually be considered to be the low season.

This year’s peak season started early in July and expectations are that it is to continue through the last quarter and into 2021.

The continuing spike in demand on the trans-Pacific eastbound has made space extremely difficult to find, with increasing numbers of cargo rollovers adding to the supply chain disruption suffered by shippers.

The surge in Asia imports caught carriers unaware, as their capacity projections are only as good as the volume forecasts they receive and shippers had no inkling of what was to come this year.

With so much capacity withdrawn at the start of the pandemic there are not a lot of ships available to increase the capacity that is needed to support the high demand levels.

Container lines are boosting capacity, adding approximately 20% more slot space compared with the previous year through the fourth quarter and into early 2021, as the import spike is likely to last until the Chinese New Year, the traditional lull.

But even as additional capacity flows into the trade, high spot rates and service issues are straining carrier-customer relationships.

Over 98% of carrier capacity is deployed, leading importers to pay record rates to secure space and avoid rollovers, but service reliability is falling continuously, with global on-time performance hitting all-time lows in August 2020.

Since Pacific import demand is expected to remain strong in the coming weeks, lines are anticipating US West Coast congestion and delays.

The Trans-Pacific trade has a direct and correlated impact on the westbound lanes to Europe. Generally what occurs with the Asia to America markets has a 2/3 week effect with the European markets following a similar model especially when demand and rates increase. This is a significant barometer for the effects directly on the UK and European destinations from China and surrounding regions.

Metro are working closely with partner carriers on direct and cross-trade routes to mitigate capacity and equipment shortages.

We are encouraging customers to help us help them, by providing +14 day forecasts so that we are able to pre-book equipment at all their origins.

For further information, please contact Ian Barnes or Grant Liddell who are monitoring the global container markets on a daily basis.