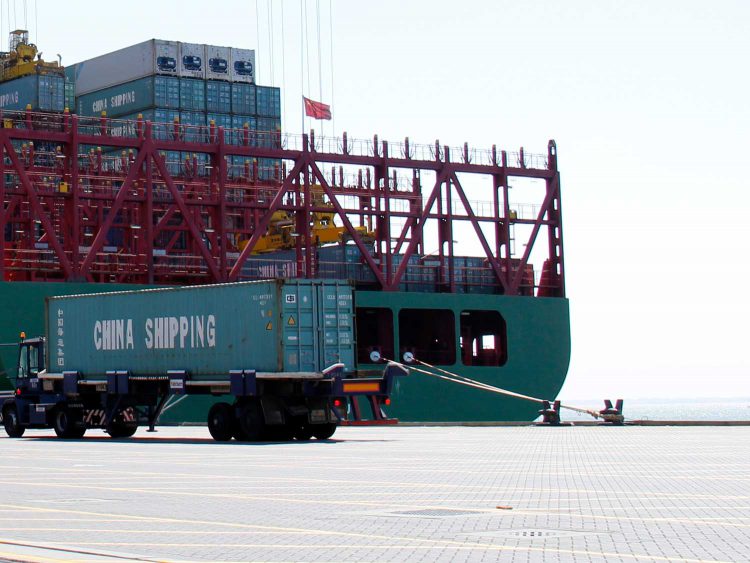 The large numbers of empty containers stranded in Europe, due to blanked sailings, has led to equipment shortages in Asia, which is being exacerbated by shipping lines diverting empties to more profitable trans-pacific services.

On the 10th September we reported how UK port operations had been severely diminished and inland distribution massively disrupted by the coronavirus, lockdowns and safe-working practices, delaying the unloading of containers and repositioning of equipment back to China.

The unexpected US and European demand spikes in July and August that followed the reopening of the economy, had left carriers struggling to reposition empty containers in Asia and especially China, leading to equipment shortages, particularly in India and the sub-Continent.

With rates almost 200% higher than 2019 on the trans-Pacific trade, many carriers are diverting empties in China and have begun to move empty containers from other Asia origins, including India, into China to serve the lucrative trans-Pacific trades, increasing equipment shortages spread on the Europe trade and across Asia.

Efforts by the lines to maximise the revenue potential from China not the US has seen Hapag-Lloyd suspend liftings of some agricultural shipments in order to rush empty containers back to Asia, leaving exporters to express concern that other carriers may follow.

Containers are a finite resource, and with US importers willing to pay the most for a container, many lines won’t move a container westbound when it can be moved on the US trades for up to four times the price.

The situation has been exacerbated because so many empties in the UK and Europe have been stranded after the carriers withdrew extensive amounts of capacity to match anticipated weak demand during and after COVID-19 lockdowns, leaving containers stranded at the wrong end of the supply chain.

Container availability varies by type and locations, with many in short supply across many Asian hubs. The situation has been particularly acute in Shanghai, Shenzhen, Ningbo, Dalian, Tianjin, Qingdao, Xiamen, and Fuzhou.

The current US import surge has actually resulted in a 20% increase in capacity on 2019, which many observers think is not sustainable and could result in excess capacity in the trade, but not until early 2021, which means that equipment shortages could persist for some time.

We continue to do everything possible to locate our customers preferred equipment, by working closely with partner carriers and we would urge shippers to pre-book equipment as early as possible.