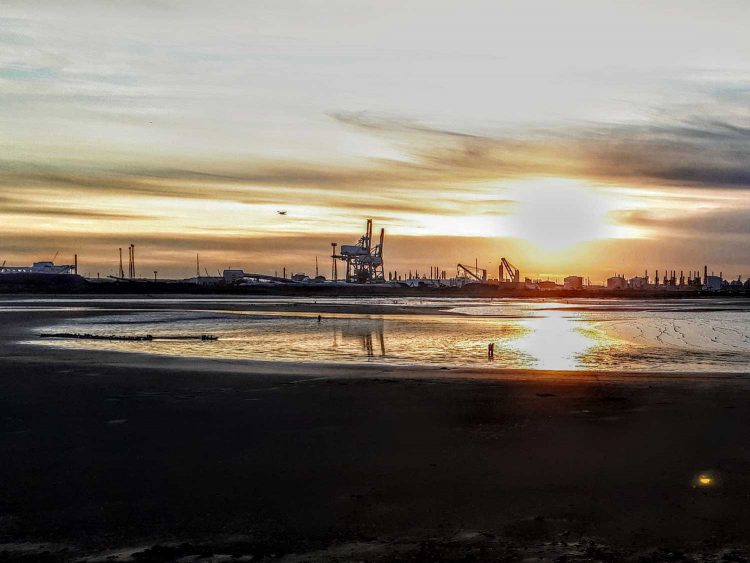 There’s much more to the UK’s freeports than the ability to move goods tariff-free, with businesses potentially enjoying domestic tax breaks and cheaper employee costs, to encourage manufacturing, jobs and investment, in areas that would otherwise struggle to attract them.

In his Budget last week, Chancellor of the Exchequer, Rishi Sunak said the freeport’s would have “different rules to make it easier and cheaper to do business” in the wake of Brexit and the coronavirus crisis.

The winning eight bids came from ports scattered across England, including the Thames estuary and East Midlands Airport, with another one each in Scotland, Wales and Northern Ireland to be announced.

Freeport locations include the ports of Felixstowe and Harwich, Liverpool in the northwest, Plymouth and the Solent in the south and some include industrial facilities such as steel plants, while the winning Thames bid incorporates the Ford Motors Dagenham plant.

The Teeside freeport aims to be the biggest in the UK, covering 4,500 acres and creating 18,000 jobs over five years, while the Humber industrial cluster has a major green-energy component, focused on carbon capture, hydrogen technology and offshore wind to create 3,000 jobs.

Each freeport must contain at least one port of any mode and can house up to three taxation sites with a maximum combined area of 600 hectares (1,480 acres), plus a designated primary customs site and a number of satellites. No location can be more than 45 kilometres (28 miles) apart.

In England, companies inside the sites will be offered temporary tax breaks, mostly lasting five years, including reductions to the tax companies pay on their existing property, and when they buy new buildings and employers will pay reduced national insurance for new staff.

The locations of England’s eight new freeports are:

Scotland, Wales and Northern Ireland are yet to announce their own Freeport policies. But they will and they will be strategically located to stimulate the local economies it is expected.

There are currently about 80 freeports dotted around the EU and while some expect the UK to adopt a more generous freeport policy, for example to give businesses more financial help, the Brexit trade deal still requires subsidies to be justified, otherwise they could be challenged in UK courts.

In more extreme circumstances, the EU could respond to UK subsidies by introducing tariffs on some UK goods deemed to be damaging EU trade or investment.

And the UK will still be subject to World Trade Organisation rules – which say you can’t introduce subsidies linked just to export performance.

There are also questions surrounding Northern Ireland, which still has to follow EU subsidy rules under the UK’s withdrawal deal, that means the freeport model used in Great Britain will need to be “adapted” for Northern Ireland.

Metro have embraced the concept of freeports, and free’air’ports and will be investing and developing related solutions to benefit our customers and deliver added-value, for global trading outside of the UK.

We will monitor the development of these Freeport’s closely and specifically how their evolution will deliver optimisation within the logistics environment to our customers’ supply and value chains.

Exploring cost-effective and value-added operations throughout our global port partnerships is always interesting and some of the announced Freeport locations may offer a beneficial shift in the way internationally focused and aspirational businesses operate in the new UK environment.

For further information please contact Grant Liddell to discuss your logistics strategy and design, to create and engineer a new world supply chain model, fit for purpose with all the tools available and the added benefits of the government backed freeport regimes.