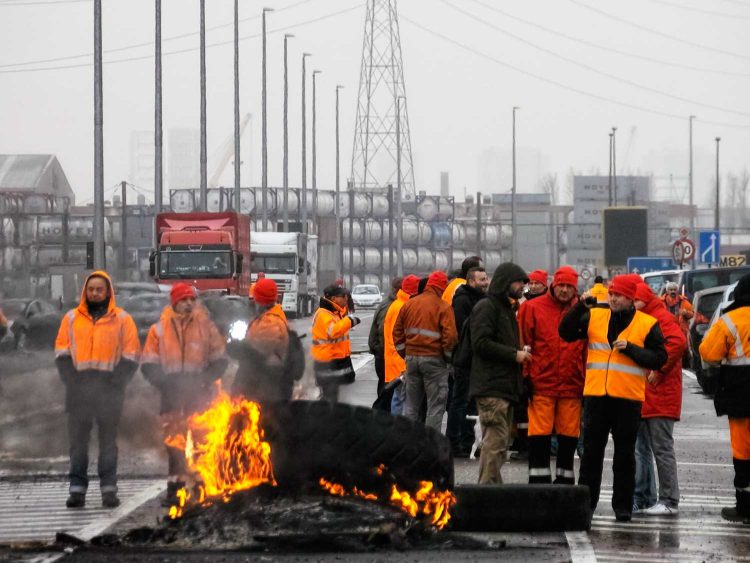 Despite the UK’s recent rail strikes having little impact on container movements, the global increase in workplace militancy will inevitably start to disrupt supply chain operations, adding to port congestion.

In the same week that the RMT union ran its first week of strikes, road, rail and sea cargo operations were halted by strikes at the ports of Bremerhaven, Hamburg and Wilhelmshaven, and talks between unions and employers are increasingly acrimonious, which does not bode well.

Trucker strikes in South Korea ended the week before the RMT walkouts, after drivers agreed to extend a freight rate system that guarantees minimum wages, with the government providing subsidies to alleviate pressure on surging fuel costs. In the seven day strike, dwell times at Busan port quadrupled to 14 days and the backlog of containers is still being cleared.

After a two-week strike, signals and communications workers at Canadian National Rail have agreed to end their dispute and enter binding arbitrations, while major railroads in the US including Union Pacific and BNSF remain at an impasse with their unions.

After government mediation failed to reach a settlement with the railroads and unions, President Biden’s administration may need to intervene and prevent a strike that could cripple already-strained intermodal supply chains.

Also in the United States, the PMA and ILWU are continuing negotiations, despite the current labour contract expiring last Friday, and concerns are growing about the potential for West Coast port disruption.

No one expected a new contract to be in place by the time the existing contract expired, but with negotiations entering a more unpredictable phase, work stoppages, or informal slowdowns could materialise any time. Insiders insist that none are expected in the immediate future and that negotiations will continue, with a new contract possible, as early as August.

In addition to the strikes in Germany and the UK, a one-day national strike in Belgium closed Brussels airport and created some disruption at the port of Antwerp and strike action has been announced in Italy, Spain, Portugal, France, and Malta.

Industrial action is increasing sharply as the effect of rising inflation and the cost-of-living crisis is felt, with inflation in Europe rising above 8% and with wage increase offers typically below inflation levels, unions are turning up the pressure on employers, many of whom are making record profits.

And then there is the impact on air cargo. Caused through potential direct strikes, by cargo handling operations and personnel, and more general strike activity throughout the UK and Europe, at airports and within airlines. And indirectly, by the cancellation of thousands of flights each week, to try to deal with the delays and failures within the sector.

No mode is currently untouched by world events, which continue to unwind, with resulting consequences.

The long-term agreements we have in place with partner carriers across all three alliances means that, whenever possible, we can adapt port pairs and routings, to work around bottlenecks, to maintain resilient and reliable supply chains.

To discuss how our technology could support your supply chain, please contact Simon George our Technical Solutions Director or Elliot Carlile.