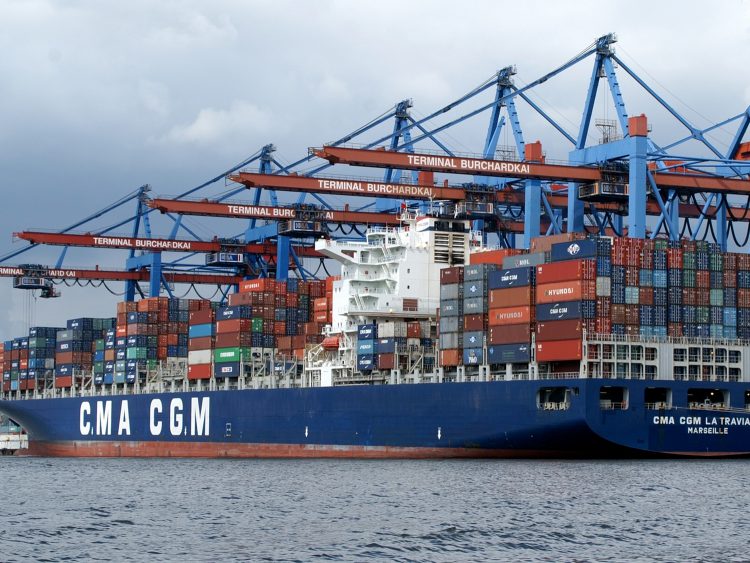 The container shipping industry continues to face heavy port congestion and vessel delays worldwide. The situation adds to the severe lack of vessels and empty equipment availability, forcing carriers to blank sailings on some trades when these sailings could generate record revenues, encouraging the lines to impose a new round of peak season surcharges and rate increases.

Many of the most important North American, European and Asian ports are the most congested and disrupted, as they try to process unprecedented volumes of imports, when COVID-19 has reduced the number of available workers and, COVID-safe working practices have reduced operational capability, meaning they are processing fewer box movements each shift.

The real cost of port congestion for the carriers is the loss of revenue from sailings that have to be cancelled.

For a typical container ship transporting a load of 4,000 x 40’ containers between Shanghai and Los Angeles, the revenue generated could be in the region of $16M for the outbound voyage.

With an average seven day delay outside Los Angeles currently, the lines are losing capacity equivalent to 343,000 FEU, which would have otherwise been in deployment, and the opportunity cost to the lines is simply enormous.

In addition to the loss of revenue on the outbound sailings, the blanking of these sailings also reduces the possibility of repositioning the empty containers in China for the backhaul voyages.

Although the challenges of limited space, lack of containers, and poor scheduling are most notable on Asia’s major trades to Europe and North America, the impact of what happens on these key routes ripples out to impact elsewhere.

Wherever possible, the shipping lines have taken actions to replenish equipment stocks in Asia, and blank sailings omit ports to get schedules back on track to avoid further delays.

The impact of these actions has meant that exports out of Europe have been affected, as the bigger paying and higher revenue trade out of Asia take priority.

Capacity for laden exports out of Europe to Asia have been cut to allow for the repatriation of empty equipment, while services to the Middle East are omitting ports to arrive in China with equipment faster, and the natural blanking of sailings means that there is less capacity available in the market.

This has meant that traditional ‘back haul’ trades have seen big increases in freight rates and the introduction of peak season and other surcharges, increasing the cost of shipping exports out of Europe on all major and key trades.

Our market intelligence leads us to anticipate that some of the larger increases the lines are seeking will be proposed for Q2 onward, which is in addition to the new peak season surcharge (PSS) that will be applied.

Currently, the largest freight increases seen for April and Q2 are being applied to the US and Canada. With the carriers advising a lack of capacity and vessel space, they are likely to take the opportunity to apply large increases.

Freight increases and PSS, are almost certain on Asia trades and Australia and Mexico look likely too.

It should also be noted that more carriers are looking to capitalise on the market conditions by charging guaranteed shipment fees to avoid cargo being rolled, though we remain sceptical about the lines ability to deliver the service, given the chaos on so many terminals

Metro negotiate rates and volume agreements with a broad portfolio of carrier and alliance partners to offer our shippers the widest range of service offerings, port-pairings and rates.

Our bespoke solutions uniquely reflect our customers’ requirements and expectations. For further information, contact Ian Barnes, who would be delighted to talk to you about your situation.