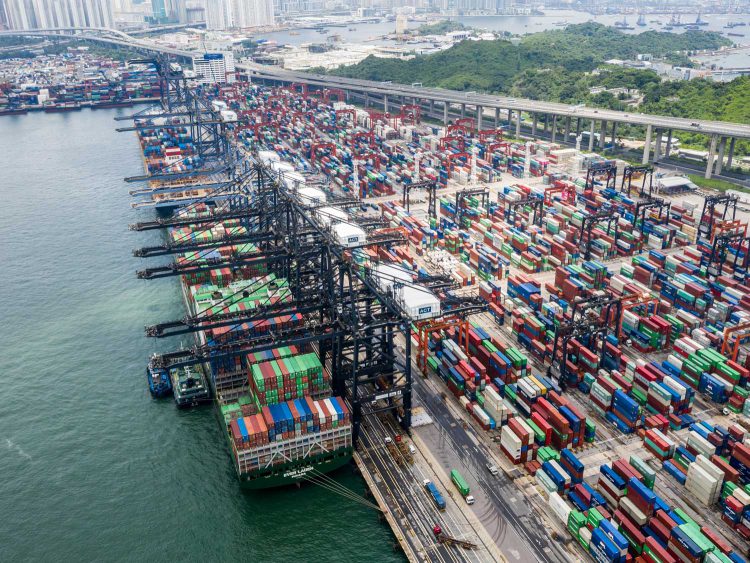 2M’s Maersk and MSC will cancel four sailings from Asia during Chinese New Year, while THE Alliance will skip three Asia–Mediterranean services in late March and early April, in an effort to restore schedule integrity.

The lines are insistent that the measures are necessary, with Maersk saying they are needed to “free up these services for schedule recovery measures to respond to the recent, unprecedented market situation with severe port congestion and equipment limitations across global supply chains.”

“This situation has been driven by a combination of rapidly increased demand and measures to fight the pandemic that led to slower supply chain operations across ports, inland depots, warehouses and inland transport modes.” The line added.

As we have reported repeatedly, the peak season demand from China and across Asia continued throughout the traditionally slow December holiday period into January which, combined with the continuing equipment shortage, has sustained congestion in the most important European and UK container ports.

With vessels increasingly having to wait for berths to become available and ports not operating at optimum capacity for months now, it is little wonder that carrier on-time performance on the critical Asia-North Europe trade route fell 43% year over year to 40.6%, with the average vessel delay almost a week.

This is without taking into consideration the vessels that ‘cut and run’ or simply didn’t call at ports that they were scheduled to, which particularly affected the UK throughout the final quarter of last year.

THE Alliance member, Ocean Network Express (ONE), has confirmed that it will also blank sailings, so that it can reposition vessels and ease the delays necessary for it to provide a full service after Chinese New Year. It has provided no further details, stating that any blanked sailing plan will not be fixed until the very last minute

ONE also confirmed that it’s facing week-long delays in calls at Rotterdam and Southampton on Asia–Europe services while omitting calls at Asia ports, including Hong Kong, in an effort to restore schedule reliability.

Undoubtedly and inevitably this will impact capacity and container despatch on vessels from Asia to UK and Europe, and is being emulated globally by carriers on most major trade lanes while the issue persists. We will continue on a daily basis to update you of any impact and manage the situation down to container or Purchase Order level to ensure alternative vessels and services are utilised.

Your account team and customer manager will continue to keep you updated with developments throughout and after Chinese New Year. It is anticipated that demand will still be incredibly strong but slowly and surely the situation is being improved with empty container equipment being sent to Asia and vessels being realigned with their schedules, along with ports and the congestion experienced over recent months is being managed and controlled in a better way in general.

While we are disappointed to see any blanked sailings, they are always expected over CNY and, despite the announcements reported here and last week, this year’s cancelled sailings are still way below the level we would normally expect, which can be as much as 20% of capacity.

More than ever supply chains need to be resilient to withstand today’s challenges, which is why our award winning MVT digital platform is invaluable, in adding value, visibility and flexibility to protect our customers’ supply chains.