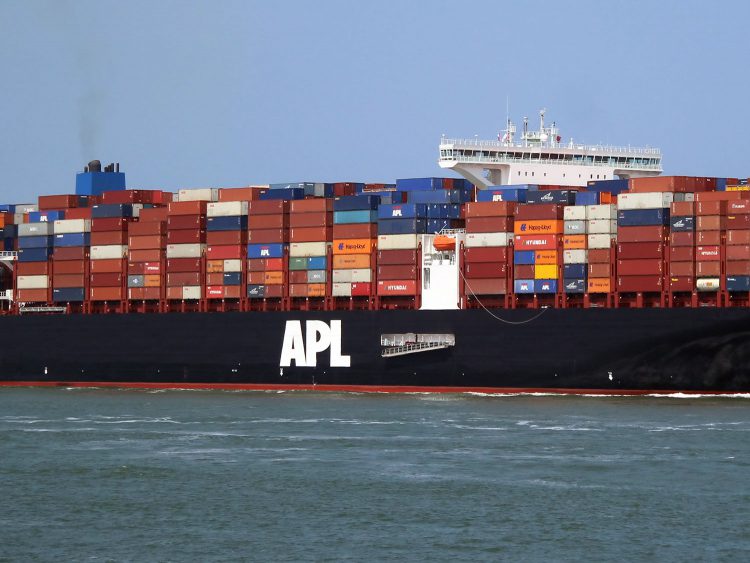 Shippers from China have already seen the increased use of slow steaming, ship idling, blank sailings, and exhaust scrubbers to absorb additional capacity, and now it is announced by CMA-CGM that APL, will exit the Asia-Europe trade on 1st October.

In an effort to rationalise services and reduce costs under its CMA CGM, APL and ANL brands, the French container shipping group has announced that its subsidiary, APL, will exit the Asia-Europe trades after the summer, to focus on the Asia-Indian sub-continent and the transpacific trade, where it has a stronger position.

As a result, CMA CGM would be the sole carrier in the group to operate on the transatlantic, Asia-Europe, Asia-Mediterranean, Asia-Caribbean and Europe-India/Middle East markets.

For the first three of those routes, of course, CMA GCM operates as part of the Ocean Alliance, with Evergreen and Cosco/OOCL.

Meanwhile, APL will continue its focus on the transpacific trade, where it launched the Eagle Express (EXX) service for US importers willing to pay premium freight rates for guaranteed container deliveries and which operates outside of the Ocean Alliance grouping.

The ‘Eagle GO Guaranteed’ concept was expanded to the Asia-Europe and Asia-Latin America markets last year, and it remains to be seen whether CMA CGM will continue selling the service to shippers and forwarders.

The changes are due to take effect on 1 October.