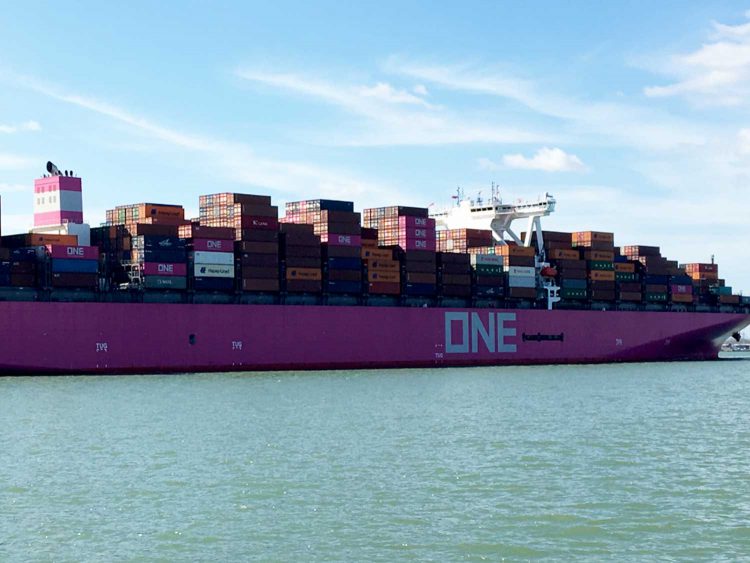 An increase in Chinese manufacturing in May, combined with seasonal demand for summer products, and a need to replenish inventories are the basis for optimism by container lines serving Asia exports markets, according to Jeremy Nixon, CEO of Ocean Network Express (ONE).

The need for replenishment isn’t evident in “all demand sectors and industry verticals,” but there is noticeable movement in food, household goods, machinery, and commodities, Nixon told the Journal of Commerce. That’s giving carriers, which this week announced a raft of additional blank sailings for the third quarter, hope that freight levels can recover in June.

“It’s tough to say we’ll see ‘100,’ with 100 being the gauge,” of so-called normal conditions, he said. “We may reach 100 in some weeks, but structurally, we may be below 100 for the rest of the year. And we will have to be careful and manage costs very well to manage the supply-demand picture.”

Asia export volume was down 25% across the container shipping industry in April, Nixon said, adding that while “June is looking a bit more encouraging now, it’s looking about 20% down. Then maybe July could be more optimistic. It’s very early days; it’s changing day by day.”

Metro negotiates commercial agreements with our partner shipping lines and alliances, to ensure that our clients have access to reliable capacity, consistent service and fixed validity rates that are tailored to their requirements.

Asia import volumes are more robust than exports, Nixon said, contributing to a narrowing of the balance of trade between Asia and North America and Europe.

Asia import volumes fell 1.7% year over year in April after tumbling 17.4% in March, while from January through April, total Asia import volume is down 7.3% compared with the same four-month period a year ago.

Mr Nixon was managing director of NYK Line during the 2009 financial crisis, which seems to have made him reasonably sanguine about this one, forecasting on the record in May that, while a repeat of 2009 V shaped recovery is unlikely, the recovery will be accelerated within months with inventory recovery.

Nixon also believes that the lines are better positioned to manage capacity, to meet demand, thanks to their size and the scale of the vessel-sharing alliances.

“I think back to 2010, we were running two to three sailings a week to North Europe and if you had to cut a sailing, that’s suddenly 33% of your capacity. With the setup now, we have eight sailings to Europe a week, 16 sailings to North America a week, we can flex up and flex down in increments like a gear change on a bike.”

mv ONE Grus by Goodwillgames is licensed under CC 4.0