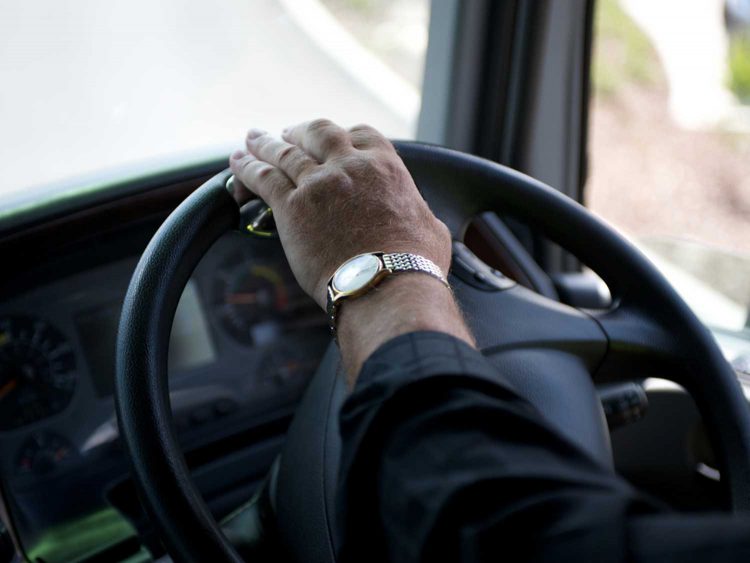 The mass departure of EU lorry drivers from the UK since Brexit has left hauliers facing an acute staff shortage of qualified drivers, that has been compounded by a backlog of driving tests due to the pandemic and is a looming crisis for the UK transport industry, with an impact on container movements.

While the road haulage sector’s driver shortages have been rising over recent decades, these have accelerated massively with the ending of recruitment from the EU, a backlog of driving tests caused by COVID-19 and self-employment tax reforms, that have intensified the outflow of EU drivers returning to the continent.

The cancellation of an estimated 28,000 HGV driver tests as a result of COVID-19 restrictions has undermined efforts to grow the pool of 300,000 qualified lorry drivers in the UK, that is desperately needed to cope with post-lockdown consumer demand, particularly as a third of those drivers are over 55 and heading for retirement.

The ending of the COVID-19 lockdown, has been followed by sharp increases in demand from retail, construction and hospitality, exposing the lack of available haulage resource within the supply chain.

One major trucking company, with 2,300 lorries, has a driver workforce which is made up of 40% Europeans and are concerned that within a few months, goods won’t get delivered. This is unquestionably becoming a crisis.

Another major contractor, with a pool of 700 trucks said that driver shortages were real and  are forcing up hourly wage rates by 10 to 30%, depending on the region and type of haulage involved, which will filter into the cost of transport and therefore the rates being offered to customers.

Quite simply we don’t have enough drivers to drive our trucks and it is a challenge every day to cover off the volumes. It’s a struggle to constantly keep delivering loads on time and to customers’ schedules.

The driver shortage is an early test and ‘barometer’ for labour availability of the government’s post-Brexit immigration polices, which prioritise high-skilled immigration and make it legally impossible to recruit foreign HGV drivers, an occupation that is not deemed sufficiently skilled to be eligible for the skilled worker visa. Yet not necessarily desirable for the number of UK residing applicants in the current environment.

Industry associations have lobbied government for HGV drivers to be put on the skilled occupations list but the government will not move, indicating that businesses must “adjust” to the post-Brexit immigration regime.

Leading hauliers suggest that if the government is not going to change its position, then it may potentially add 15 to 20% to transport costs, through the supply and demand balance.

The government has started a campaign to recruit 300 more driving examiners, with the DVSA, the testing agency, now making 4,000 tests available each week, but there are doubts that domestic recruitment will fill the gaps and it is also not certain that UK workers will embrace the long working hours and tough working conditions.

Drivers are critical to the European and domestic supply chain. Container movements and UK haulage and transport cannot be avoided as part of the international movement of goods with the first/ final mile component of all collections and deliveries.

We work with a roster of approved proven long term haulage partners, to give us access to the widest pool of equipment, located around the primary ports, railheads and across the country. We will keep you advised of this developing situation which is being experienced on a global level including mainland Europe and North America, so there is a common theme.