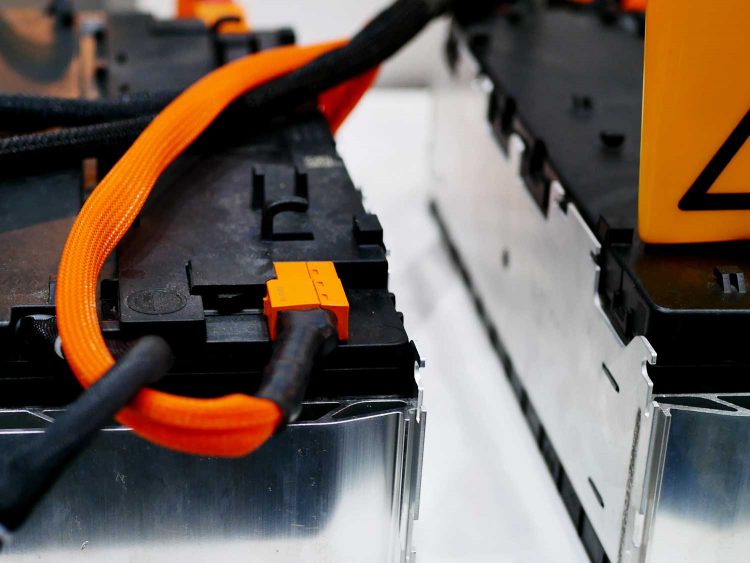 Lithium-Ion (Li-ion) batteries are a type of rechargeable battery that’s used commonly in electronic devices such as smartwatches and mobile phones, with demand for larger Li-ion batteries to power electric vehicles, but there are significant challenges in transporting these hazardous products.

The global penetration of smartphone and innovative technology means demand for smaller batteries, up to 4kg, will be sustained, while the move to electric vehicles is growing the market for larger batteries, which can weight in at >800kgs. But, given the hazardous nature of these products, planning and managing their safe transportation takes significant skill.

Metro personnel are trained and qualified in the packing, labelling and safe handling of Li-ion batteries and other hazardous cargo by every mode, including air, maintaining strong relationships with the air cargo carriers that will carry Li-ion batteries.

An automotive manufacturer client needed a 400kg replacement Li-ion battery moved to the US via LAX asap. Because the battery exceeded 35kgs movement approval was first sought from the Civil Aviation Authority and then from the VCA, the UK authority for the certification of packaging for the transport of dangerous goods. Next we identified the most appropriate airline that would carry the battery – at the time there were only 2 carriers accepting Lithium Batteries under UN3480 – but as their flight plan took them over Europe we needed to seek additional approvals from the European air transport authorities.

This shipment in 2017 set the foundations for our Lithium battery platform and since then we have invested in the resource to serve this vertical, including training to cover all modes. Our Li-ion transportation expertise is increasingly recognised as market-leading, with our automotive team’s manager invited to address the International EV battery conference.

As li-ion batteries can store large amounts of energy and can be recharged many times, they offer the charging capacity and longer lifespan required to provide a reliable power source for electric, hybrid or plug-in hybrid electric vehicles.

With just one automotive manufacturer investing £1 billion factory that will make 100,000 lithium-ion batteries a year, it is clear that demand for the safe and efficient transport of these critical components, which is already significant, is going to be massive.

Despite its widespread adoption and energy-efficient storage, the Li-Ion battery can be a safety hazard if produced, used, or stored improperly, with numerous accidents, close-calls and safety breaches, leading them to be banned from passenger aircraft and subject stringent controls on all modes of transport.

The battery contains flammable electrolytes, which can become pressurised to the point of explosion should they sustain any structural damage, or be charged too quickly.

Because of this, and because of its widespread use in most commercial products, the safety standards and safety testing of Li-Ion batteries is much more stringent than other types of batteries.

Due to the hazards associated with lithium batteries, there have been a number of changes to transport legislation and batteries are now assigned their own UN numbers:

For further information please contact Heather Smith, our EV and battery expert for further advice and the latest market legislation and intel.