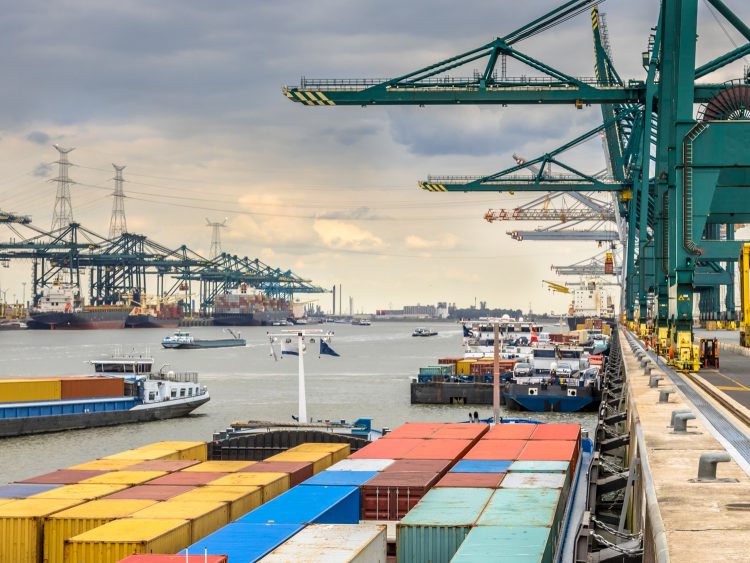 The core problems impacting containerised shipping – the slow circulation of ships and containers, port disruption and the HGV crisis – are clearly worsening, as they diminish available capacity supply and continue to drive spot rates to record levels on pretty much every lane and every combination of port pairings.

It is this loss of effective capacity when ships take longer to discharge and load at ports, and containers are not picked up or returned quick enough that contribute so much to the record spot rates we are experiencing, as well as high demurrage and detention costs, with ever-lengthening transit times.

When containers take longer to be repositioned back to origin ports, they are not available to pick up new loads, and when ships are anchored waiting for berths, they miss their scheduled departure dates, which leads to more cancelled sailings and the removal of much-needed capacity.

Vessel schedule reliability dropped 3.8% month on month to 35.6% in July, down a massive 39.7% from last year, as the average delay for late vessel arrivals continued to deteriorate.

If vessels and containers were circulating normally, many experts insist there would be no capacity problem, even with the high levels of demand we are experiencing.

As it is, many of those same experts believe we could be well into 2022 before we see the congestion begin to ease, simply because a complex system of millions of assets will take a considerable time to return to a normal circulatory flow.

The series of supply chain shocks we have already seen this year – including the Suez, Yantian and Ningbo closures – combined to slow down the circulation of containers and the progress of container ships travelling from port to port, reducing the ability of shipping lines to satisfy the sustained strong levels of customer demand.

Illustrating this fact, Hapag-Lloyd has expanded its container fleet by 12% since the onset of the pandemic and has announced an order for an additional 75,000 containers, which will expand its fleet by a total of 15%, but because the average time it takes containers to return to origin has expanded from 50 to 60 days, the increase has not resulted in an increase in effective capacity.

This asset slowdown is a global phenomenon that will not ease until volumes do, and it is the peak-season volumes, stimulus spending, and restocking of depleted inventories that makes it likely that this may not happen until after the 2022 Lunar New Year.

Port dwell time has been increasing, often because of logjams at receiving warehouses, or increasingly longer to pick up from the terminal due to scarcity of haulage capability, and there are very real fears that shipping lines may cease carrier haulage services entirely, which would put an intolerable burden, on an already overstretched merchant haulage sector.

Slower asset circulation is also siphoning significant effective capacity from vessels, with 20–25% of transpacific container capacity and 12–13% of Asia–European capacity lost to congestion and delays, which means approximately 10% of the global fleet is absorbed by congestion/delays.

The reality is that carrier ordered new build vessels, and greater significant supply to the container industry is not due to deliver until 2023, with most of the alliances and major global container operators. So unless there is a fall in demand, then the current situation looks likely to continue for the foreseeable future, into 2022 and possibly beyond.

We negotiate rate and volume agreements with carriers across all three alliances, which means we can react quickly to market conditions and changes.

For urgent and must have shipments from Asia, we have access to freighter capacity from our Sea/Air hub in Singapore and can move consignments of up to 200cbm per flight to Europe as an alternative to air freight from many origins.

Global supply chains are likely to be under intense and sustained pressure for some time yet, and we will continue to share with you the most important developments so that you are informed and prepared to make critical decisions ahead of potential issues.

Please contact Elliot Carlile or Grant Liddell to discuss your supply chain expectations and deadlines to ensure your business is ‘future proofed’ for the rest of 2021 and 2022.