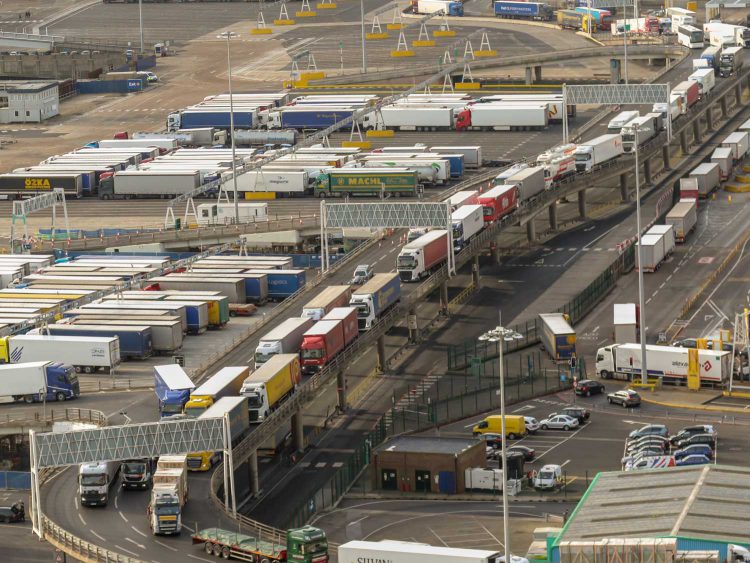 UK hauliers are under massive pressure, struggling to counter the border delays, increased administration and crippling driver shortages that have plagued the industry since Brexit and now, as they fear the full UK border checks due in January, drivers are planning a strike in August.

Surges in pandemic-driven demand are pushing hauliers to breaking point, with a study suggesting that 94% were seeing greater aftershocks from Brexit than expected and that 69% of UK haulage firms have been losing business because of post-Brexit regulation changes.

Lorry drivers in the UK are planning a nationwide strike over their working conditions, prompting warnings that this would cripple the country’s already creaking supply chains.

So far the “stay at home” action proposed for the 23rd August has attracted the support of 3,000 HGV drivers, however the Road Haulage Association (RHA) is urging drivers against taking action, saying it would make a “bad situation worse”.

The RHA is concerned that any action may heighten the effect of driver shortages, itself compounded by the ‘pingdemic’. Even the exemption of about 10,000 workers at 500 food distribution centres from quarantine does not appear to have offset the effect of the current shortage of an estimated 100,000 lorry drivers in the UK alone.

The 2021 Post-Brexit Hauliers Survey showed that more than half of haulage companies have already moved some operations to the EU and more would consider it in the future.

Over two thirds of haulage firms said they had already seen increased costs, with the rest expecting rises next year or in the near future. Many will have no choice but to pass these costs on, to keep their businesses viable.

This fallout has already being experienced in the container haulage market over recent weeks, with container transport becoming a premium product within the domestic transport environment, as salaries are increased to match those of retailers and commercial businesses outside of the industry.

Almost a third said they were avoiding the food and drinks sector because of increased checks and administration on some products and other sectors have been impacted, including livestock farming (25%), agricultural farming (25%), gardening supplies (19%) and retail (13%).

The impact of the driver shortage has been amplified by the fact that in the three months of 2021, the uplift in demand for haulage was more than twice what it was for the same period in 2019 and in April it was 120% higher than in 2019.

Despite the massive increases in demand for domestic movements, half said fewer exports were going to the EU, and half said fewer imports were coming in. However the main freight transport operators are not UK based but are European organisations so this may not reflect the real situation as they would not necessarily have been considered, just the impact on UK domiciled haulage companies.

Increased waiting times at the border was the biggest impact cited by respondents (81%), followed by increased time spent on admin (69%), and fewer exports and imports (56% and 50% respectively).

Other challenges included longer journey times to take alternative routes, higher tariffs, changing licensing and registration requirements, with only 6% of hauliers saying they had not been impacted.

Nearly seven out of ten haulage companies said they believed they would be negatively impacted by full border checks due to come into force at the beginning of next year and the British International Freight Association (BIFA) is encouraging businesses engaged in trade between the UK and EU, to make sure that they are fully prepared for the rule changes that will be even greater than those of January 2021. This is predominantly focused around the current temporary customs processes that will change permanently in 2022.

Road transport cannot be avoided, as part of the international movement of goods, with drivers critical for container movements, international and domestic haulage.

We work with a number of selected long-term haulage partners across the UK, to give us access to the widest pool of equipment and driver resource.

Our CuDoS customs brokerage platform is optimised continuously, in line with the regimes in force on both sides of the Channel, automating and submitting customs declarations, for simple and compliant border processing in either direction and means that our clients’ EU supply chains will not be interrupted when full UK/EU border controls are implemented on the 1st January 2022.

To learn more, or to discuss your situation, please contact Elliot Carlile or Grant Liddell (or Simon Balfe who leads our UK multimodal transport operations) who can talk you through the options.