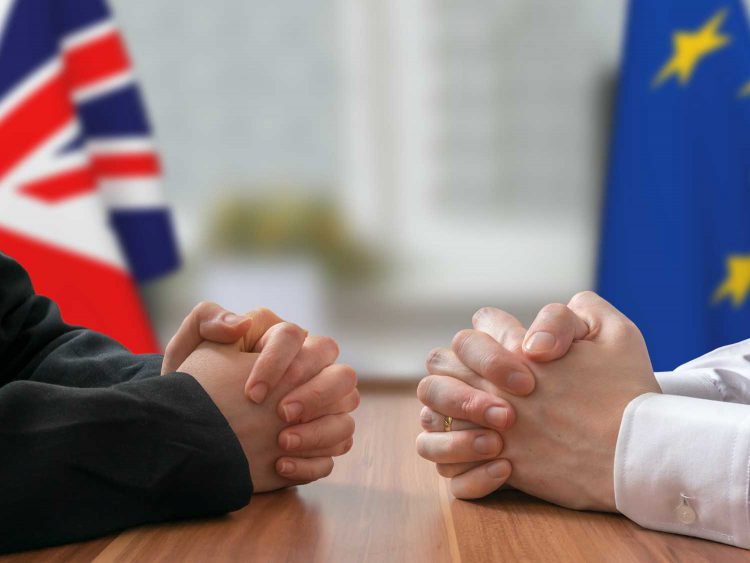 As the legal battle lines are being drawn by the EU for their day in court, the divorce talks continue to run in parallel.

Following the conclusion of last week’s round of Brexit talks, Boris Johnson and European Commission President Ursula von der Leyen held a call on 3rd October to discuss the status of the negotiations.

In their statement following the call, they reiterated their agreement on the importance of finding an agreement, but stated that significant gaps remain.

The UK and EU Chief Negotiators (David Frost and Michel Barnier respectively) have been instructed to intensify their work and the deadline for negotiations has now been extended to 30th October; however this was not a breakthrough moment and significant doubts remain as to whether a deal is possible.

So it looks like Boris’ deadline of 15th October for a ‘deal on the table’ has been exposed as bluster, but the signs from those closest to the talks are not making much by way of positive noises.

As the Brexit deadline is rapidly approaching and EU and UK officials hold last-ditch talks today after the Brussels bloc vowed to ignore the Prime Minister’s demands.

Britain, the world’s sixth-biggest economy, left the EU in January and has since been locked in painstaking talks with the Union.

EU leaders will hold a summit in Brussels on Thursday and Friday to assess progress after Mr Johnson set a deadline for 15th October for a deal to be reached before the transition period ends on 31st December.

But, pressure is mounting after the EU’s chief Brexit negotiator Michel Barnier said the two sides are yet to make a significant breakthrough throwing doubt over whether Mr Johnson’s looming deadline will be met.

The Prime Minister will speak again to the president of the European Commission Ursula von der Leyen this afternoon (14th October) as his deadline for progress in post-Brexit trade talks draws near.

But, it is understood that Mr Barnier and the UK’s chief Brexit negotiator David First will actually announce a “deal in principle or a pathway to a deal” instead on Thursday and will continue with talks until a legal text is drafted.

Early indications suggest that 3rd November could be the final day when the legal text is ready for ratification.

Another interesting couple of days ahead in the Brexit world, so watch this space!