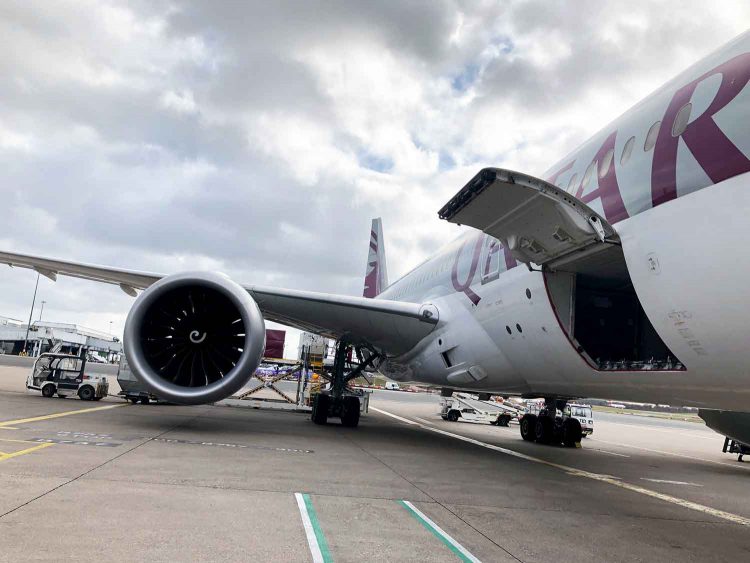 The state of the sea freight market has been a major contributory factor in air freight market demand, since the onset of the COVID pandemic, but that consistent demand has been a challenge too far for many air cargo handlers.

The International Air Transport Association (IATA) confirms that the air cargo handling industry lost thousands of workers during the pandemic, which is why there is now a “severe shortage” of skilled ground handlers to move goods. A situation which is exacerbated with increased absences, as each COVID spike works through the population, across the UK and continental Europe.

The shortage of skilled workers is a critical issue, because even though there is sufficient capacity in the air on most routes, capacity is missing on the ground, which creates bottlenecks at regional airports and strategic hubs like Heathrow.

This is an issue that is impacting beyond the UK, with Frankfurt asking cargo airlines not to route flights through Frankfurt until the end of August, because their ground handling arm, is severely limited, due to traffic peaks, schedule changes and limited staff.

Staff shortages abound in the supply chain. From truck drivers, to dockers and fork-lift drivers, there is a global issue in finding sufficient personnel at the lower end of the pay-scale.

Some of these problems are self-inflicted by the industry and its customers, like persistently not appreciating the skills of HGV drivers and not valuing cargo handling as a critical service and perpetuating a system where staff do not get appropriate recognition or remuneration.

IAG Cargo (the cargo handling division of International Airlines Group) one of the world’s largest airline groups, recently announced its biggest ever recruitment drive, in a bid to fill 500 roles.

dnata, one of the world’s largest ground handling agents has acknowledged that it is not immune from the staff challenges facing the industry, but insists it is well placed to meet those challenges, while Swissport, one of its biggest competitors says it is not experiencing staff shortages to the point that their cargo operations are affected.

Despite continuing disruption at many airports, below-par service and the acknowledged lack of ground handling staff, charges are being increased regularly. With one of the biggest handlers imposing another round of increases tomorrow.

Probably the biggest challenges to resolving the situation, is making ground handling roles attractive and the time it takes to do the necessary security checks.

The government this month announced that aviation security checks would be accelerated to help industry minimise travel disruption.

But even with Accreditation Checks being completed in 5 days and Counter Terrorist Checks in 10 days, there is little sign of additional ground handling resource relieving operations pressure.

The transit shed operators seem to be justifying their continued increases as a resolution to the problems. The reality is this is not resolving the issues and it is just further inflationary cost within the supply chain, pushing prices higher. And this is all before the traditional peak season experienced in air freight from September, where volumes rise considerably. Hopefully the air cargo infrastructure will be able to cope at Europe’s airports this year.

Despite the massive challenges, our air freight team continue to get time-sensitive shipments lifted at origin and work tirelessly to have it released asap after arrival.

As soon as we identify an issue, regardless of the airport, we work around the problem to deliver the best solution and avoid obvious bottlenecks and turmoil.

We monitor market capacity and identify opportunities to use regional airports, when it will benefit our customers, ensuring that expectations and timelines are met.

We find solutions for every critical shipment. Please call Elliot Carlile to discuss your situation, requirements and potential resolutions.