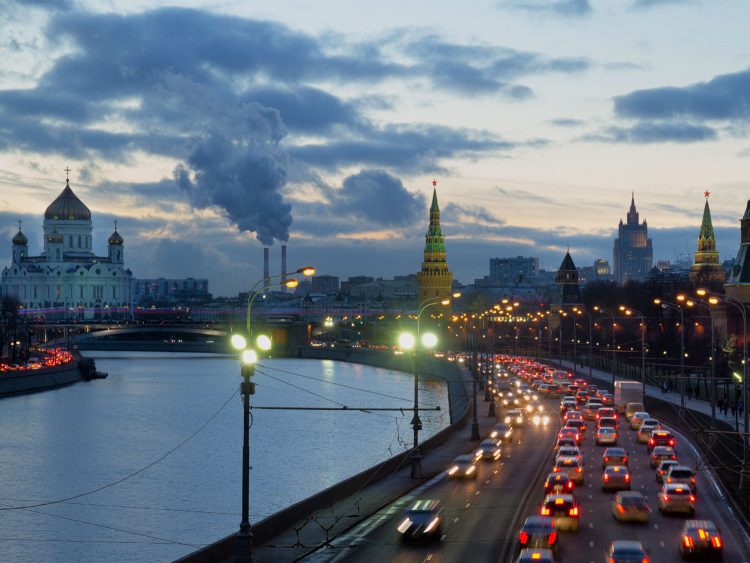 Tensions have soared in recent months in Eastern Europe as Russia massed soldiers and heavy weapons at its border with Ukraine, raising fears of an invasion and the potential to cause even more global supply chain disruption.

High-stake talks between Russia and the West have so far failed to de-escalate the tense standoff and there are fears that a conflict in the region could be particularly devastating for the automotive industry.

Political conflicts in the past decade have already taken a toll on the cost of automotive logistics in Eastern Europe. Historically, a substantial share of finished vehicles and automotive components were supplied to Russia from Europe via Ukraine. But since 2014, transit supplies through Ukrainian territory have been shut down, due to problems with migrants on the Belarus-Poland border.

Adjustments to the Russian automotive supply chain in the past few years have caused an increase in distance, delivery time and logistics costs and with the US authorities on the verge of approving further sanctions, which are expected to target US automotive components exports to Russia, carmakers are urgently looking into their list of suppliers, to analyse the possible risks.

Nissan is reviewing components obtained from the US and the possibility of replacing them with local components, but given that their models are deeply localised in Russia, they do not anticipate a significant impact on car production in Russia.

Automotive Russian imports from the US is primarily fuel tanks, exhaust pipes, steering wheels and similar products, many of which car-makers expect could be sourced elsewhere.

However, things are promised to get really ugly for the Russian automotive industry if the European Union joins the US sanctions, and even more so if the country gets disconnected from Swift, the global standard for payment and securities trade transactions.

Despite a few optimists, most analysts believe that major international restrictions on automotive components imported to Russia would virtually put an end to finished vehicle production in the country. The Russian vehicle maker, Gaz Group, has remained under the threat of the US sanctions for several years and has indicated that it will cease production if the restrictions are actually introduced.

Russia’s Industry and Trade Minister estimated that the average localisation rate in the Russian automotive industry was 67%, reaching 75% on some particular models, but experts point out that it doesn’t matter whether you have 10%, 50% or 90% localisation, you cannot produce a finished vehicle using only 90% of components.

Problems withdrawing revenue from Russia would also push localised western companies to leave the country, which would be like a domino effect, ruining the Russian automotive industry from top to bottom.

Opponents of sanctions point out that finished vehicles assembled in Russia are successfully exported back to Europe, and with the current shortage of finished vehicles, no one will refuse them.

During the first nine months of 2021, the country exported 73,200 finished vehicles, 43% up compared to the same period the previous year. Most exported finished vehicles are assembled in the Russian north-west and exported to Europe through the St Petersburg’s sea ports.

The Russia-Ukraine conflict promises nothing good to Ukraine either. The tension currently lingering in the region was impacting business and investment flows into Ukraine, including its automotive industry.

During the past few years, several major global automotive components suppliers launched production facilities in Ukraine, including Fujikura, Kromberg & Schubert, and Leoni, to take advantage of the cheap but experienced labour force and a free trade zone agreement with the EU.

Hard-hitting sanctions could have unintended automotive side-effects, as Russia accounts for 45% of the world’s palladium production, a critical component in catalytic converters and restricting palladium imports from Russia could cause a global shock in the automotive industry.

Coupled with the recovery in global demand for vehicles, export restrictions on Russian palladium could cause an acute shortage of some crucial components and drive palladium price to an all-time high.

High pent-up demand for new vehicles has formed in the market over the past year and, with the normalisation of chip supplies, manufacturers are expecting record demand for vehicles in 2022, but the possible cessation of palladium supplies from Russia is a risk the market could do without.

Metro has been working with automotive manufacturers and their primary suppliers for decades, optimising complex inbound and outbound supply chain operations, on multiple continents, by all modes of transport.

For further information on our logistics, supply chain and freight management solutions in automotive and related sectors, please talk with Tom Fernihough, who will cover all current options available within our global network and platform.