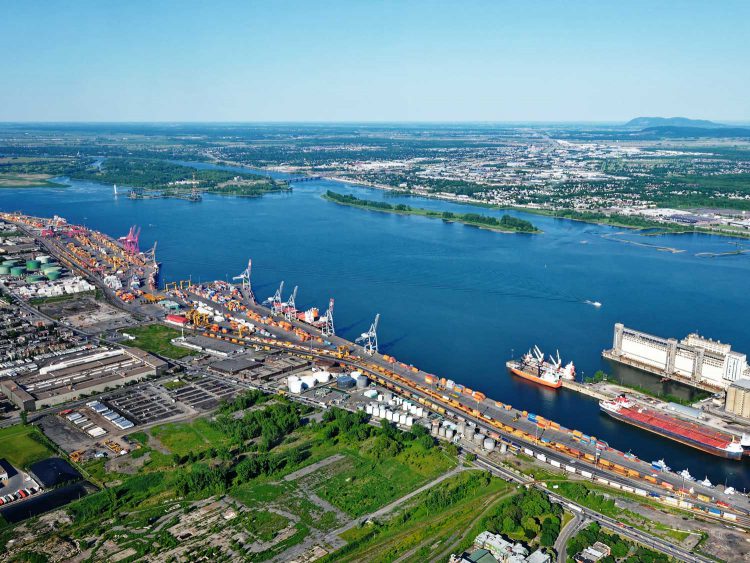 The ongoing labour dispute, which resulted in 19 days of strikes last summer, has escalated sharply in recent days, with shippers diverting cargo through Halifax and other ports.

Tension was already building when the seven-month truce, after last summer’s strike, ended in late March, with both sides accusing each other of negotiating in bad faith and in a vote a week, dockworkers voted overwhelmingly to reject management’s offer.

Montreal’s selection by many shippers as a transit point to US destinations, because they could not get bookings to the US due to equipment shortage and port delays, did nothing to support its overall throughput.

While North American ports saw double-digit volume increases in the last year, due to the import surge from Asia, Montreal’s throughput declined 11% as shippers diverted cargo rather than risk falling foul of strike action.

The diversion of cargo through Halifax, according to the Canadian Manufacturers and Exporters group, is “incurring millions in additional costs every week” and last summer’s closure at Montreal had a greater economic impact on Canada than the COVID-19 pandemic.

Rerouting costs for cargo generally moving through Montreal is adding up to US$1,276 more per container.

Roughly 50 percent of containerised cargo flowing through the port originates or is destined for Quebec, with the rest of the volume feeding the US Midwest and Ontario markets.

Rail carriers have announced that they would be reducing services to the port in order to prevent a pile-up of containers, which are in high demand worldwide.

Despite pleas from industry to intervene, the Canadian government has been reluctant to get directly involved, choosing to allow both sides to work it out, as it did with the roughly three-week-long blockades of railroads by some indigenous groups in early March 2020.

But the recent escalation of tactics by employers and longshore workers — the cutting of wages and overtime/weekend shifts, respectively — raises the prospect that the federal government will intervene.

This is another blow for the Trans-Atlantic trade between Europe and North America and we have seen huge rate increases over the last week alone by air freight and ocean freight with many carriers struggling with capacity.

Metro will continue to share the reality of the current market and provide all options and alternatives available on the high demand trade lanes, which is pretty much global in the current environment, and we will ensure that a proactive approach is always delivered. For further information please call Kevin Lake who is our in-house expert on all things American and Canadian.