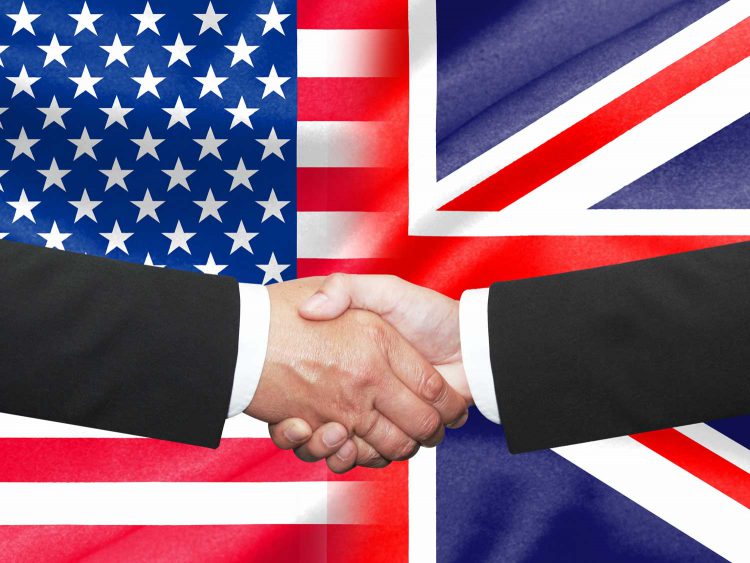 The United States is Britain’s biggest trading partner after the EU, accounting for nearly 19% of all exports and 11% of imports and both sides hope a trade deal can be reached in 2020, but there are many hurdles.

Trade talks with the US, started via video link on the 5th May, involving more than 100 officials on either side,

U.S. President Donald Trump, has promised a “massive” trade deal to support Brexit and while his Treasury Secretary Steven Mnuchin has said that he was optimistic a bilateral deal could be reached in 2020, there is still some way to go on the UK’s red lines on agriculture and digital trade.

More than £220bn worth of goods and services are traded annually between the UK and the United States, with the US enjoying a surplus in the past few years, running to $6 billion positive balance last year.

Trump’s administration seeks “fair, balanced, and reciprocal” trade in goods with the UK without asking for an improved US trade balance, but US Trade Representative negotiating objectives feature “one-way concessions,” such as a ban on binding arbitration, allowing for “Buy America” programs, and a reduction in UK fishery subsidies.

Metro have a dedicated Brexit team who can take you through the current implications of the MFN tariff, while our team in the United States are ready to provide the local support that will best support your business.

Trade minister Liz Truss has said that Britain wanted a deal with the United States to “secure comprehensive, far-reaching and mutually beneficial tariff reductions … which will increase access to the US market for UK businesses, and lower prices and increase choice for UK consumers.”

Discussions in the first round of talks covered broad areas and principles on issues such as small and medium enterprises (SMEs), financial services, investment, legal barriers to trade and agriculture.

One of the most important policy areas in talks will be agricultural exports, with the UK a net importer and the US a net exporter of these goods, Britain’s retention of [EU] sanitary and phytosanitary standards on agriculture and food safety, which has kept out US beef and other products is major stumbling block.

British negotiating team expects this month’s part of talks to be particularly difficult, with both sides introducing detailed proposals as they try to strike a comprehensive trade deal at an accelerated pace.

The UK has published its “most favoured nation” tariff regime which will enter into force at the start of 2021 if notFTA is agreed with the EU and will apply to goods from countries around the world where no other trade arrangements are in place.

‘Metro in conjunction with our partners Fracht, have our own operations and customs brokerage throughout the USA and North America. We are able to deliver reliable sea and air solutions throughout the region. This is all operated within our own network and managed on one digital platform, ensuring full visibility of all movements across the Atlantic’.