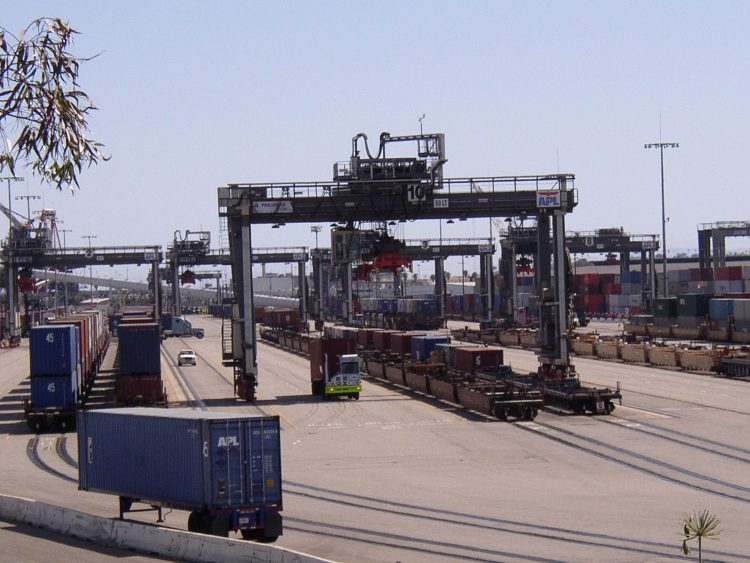 Short-sea services can offer cost savings of up to 50%, for those willing to accept much longer transit times. But is transferring short-sea volumes to containers a way of avoiding any future Dover congestion, or is just making a bigger problem elsewhere.

There is a surplus of port capability, with 6.9m teu of capacity across the country’s container terminals not currently utilised, over a wide geographical range, which means there is ample capacity to deal with any Dover congestion after Brexit. Up to 20% of total volumes by some estimates.

There are currently 23 weekly box services between the UK and North Europe, 15 of which are feeder services. Assuming a 20% shift from Dover, demand would increase by around 4,800 teu a week each way.

Another source of container supply in North Europe is all the empty Asia import containers that could be loaded with exports to the UK, and added to the intra-Europe itineraries of deep-sea services.

Using just 1% of effective capacity on the Asia – Europe trade would satisfy all demand.

For example, a service calling first at Rotterdam could unload continental European imports, load exports to Asia and exports to the UK.

Calling at a UK port next, it would discharge imports from Asia AND exports from Europe into the UK and continue to Asia.

Merchant haulage is unable to cope with current container volumes, and the question of how it will be able to cope with a further 5k tau’s a week – which could be boosted even further if the threatened DB Cargo rail strike materialises – has yet to be answered.