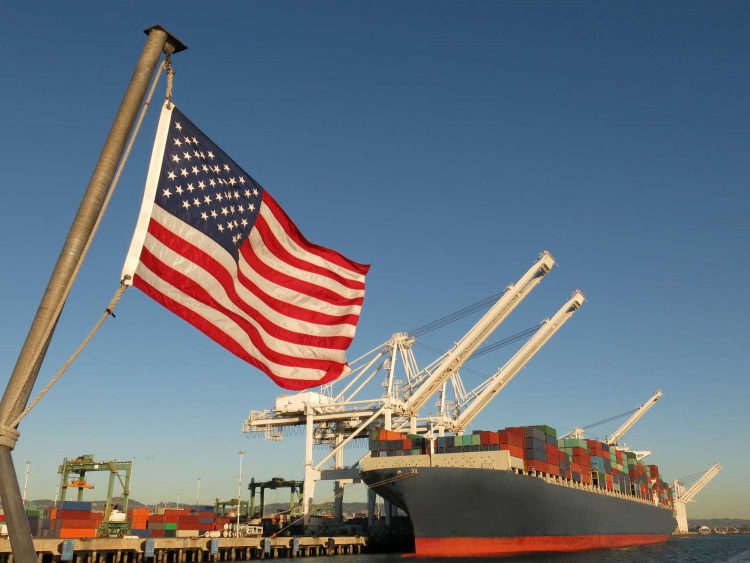 With the Asia/Europe trade typically mirroring trans-pacific trends within weeks, we are watching how much US importers are pulling back on orders from Asia, and the degree to which container lines will adjust capacity, if demand suggests a slack US peak season, or alternatively a hectic and congested one.

The market had been expecting a hike in Trans-Pacific rates, with an early peak season beginning in late June, but with capacity and rates remaining stable, the peak season hasn’t yet materialised as anticipated. Shippers have been pulling back or even cancelling orders, while others have possibly shipped cargo early, to avoid a spike in spot rates, preferring the alternative of higher storage costs on arrival within the US.

Orders for Asian imports to the US have been rising since February, with the highest monthly volume of new orders suggesting very strong demand. Yet rates remain basically unchanged and premium rates imposed last year, when demand exceeded vessel supply, have faded, which suggests there is excess capacity in the trade for the first time in two years.

Some US retailers are reportedly pulling back on their purchase orders with Asian factories due to uncertainties over the direction of the economy and consumer spending from goods to services including dining out and travel. In addition the influence of foreign exchange, reliability of supply from Asian factories, delays within the logistics platform with shipping lines and ports and a trend for on-shoring are also having an impact.

With some US retailers slowing down orders until the direction of the economy becomes clearer, it is possible that the peak will be pushed back to late summer and be relatively compressed.

While spot rates may have softened the carriers have demonstrated that they are capable of managing capacity against sustained volume softness so it is likely we will continue to see elevated rates regardless of volume uncertainty.

That said, blank sailings haven’t been the issue this year, because vessel schedules have been so disrupted by congestion in Asian and US ports that the transpacific has experienced “structural” blank sailings, with vessel on-time performance from Asia to the US West and East coasts in April only about 20%, with capacity reduced by similar percentages.

Another significant issue has been shippers moving marchandise in from Asia early this year, to protect against possible west coast supply chain disruptions, if talks between the ILWM and PMA break down. The changes of which appear to be increasing.

So how does this effect you? The Trans-Pacific situation is very frequently a forerunner to the westbound Asia to Europe trades and they are intangibly linked with The European lanes generally following the same model a month or so later. So, as a precursor for the European market, it is worth being aware of the spot rate, schedule reliability, port congestion at origin and destination and any other influences on the US market, because invariably they filter through to the European trade.

We are working closely with our offices and network partners in North America to ensure product is delivered to market, without delay, however the peak season develops. We will also always have the most reliable services available in the market with our fixed validity contracted capacity model. In addition we have access to our own dedicated fleet of vessels to further enhance the access to container slots.

Contact Elliot Carlile to learn more about our US capabilities, or to discuss your supply chain requirements or the up and coming peak season so that we can ensure that you are prepared for the expected increased market activity. Bespoke and tailored services are what we deliver – based on knowledge, collaboration and partnership of all the links in your supply chain.