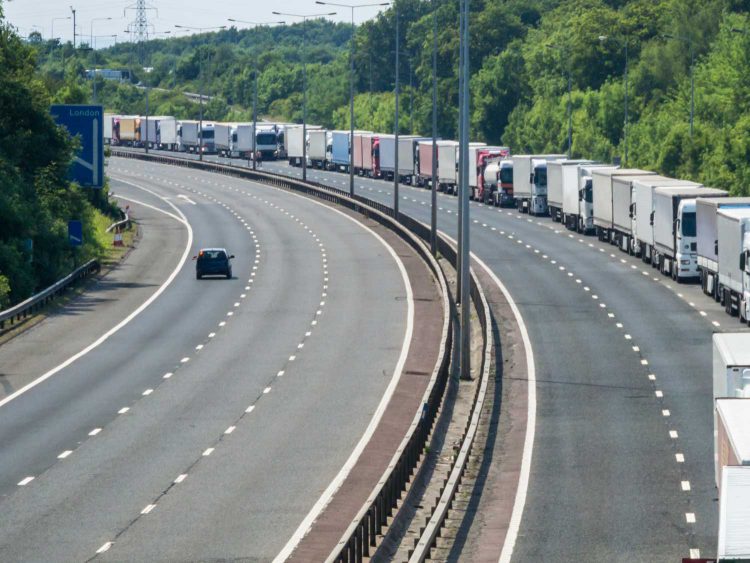 As the government insinuates that business has not prepared and warns of 7,000-truck-long queues in Kent and two-day delays for exports to the EU, BIFA director general Robert Keen accuses them of “making villains of the key workers who have been tackling the impact of the pandemic on the UK’s supply chains”.

According to leaked Cabinet Office documents, in its “reasonable worst-case scenario”, there may be queues of 7,000 port bound trucks and associated delays of up to two days, with imports and exports disrupted to a similar extent.

The EU is expected to impose full goods controls on UK exports, stopping all freight without the correct documentation and the “reasonable worst-case scenario” anticipates that up to 70% of freight trucks travelling to the EU will be unprepared for new border controls, including up to half on the Dover to Calais and Eurotunnel routes.

Drawn up by the government’s Border and Protocol Delivery Group (BPDG), the leaked report (released yesterday) warns that the core “smart freight” IT system for hauliers was not expected to be tested publicly until the end of November.

It forecasts that 50-70% of large businesses will be ready for cross-border trade, while as few as 20-40% of SMEs will know what to do from 1st January.

“Considering demand levels in the first week of February, it is estimated that if readiness does not improve by then, queues could reach a length of 7,000 HGVs. In each case it is estimated that HGVs could take two days to reach the front of the queue,” the document warns.

Kent authorities have rebooted ‘Operation Fennel’ to move lorries away from the main arteries of the M20 and A20, but their efforts will be frustrated unless the smart freight system – a web portal operating a red, amber and green traffic light system for hauliers – is working on time.

Only those given the green light, after passing a documentations test, will be given a Kent access permit. But the document reveals the system will not go into a public beta testing phase until the end of November, leaving little time to launch it fully or train drivers and their customers.

The report adds to pressure on the government to decide and publicise plans for lorry parks across the country. So far it has only confirmed one, in Ashford in Kent, with legislation passed to give powers to build others in 29 council areas, as we reported last week.

With just 100 days to go before the end of the Brexit transition period on 31st December, the document also notes that ongoing work at the Department for Transport to provide the advice centres “is currently unfunded” with a parallel treasury bid for £18.5m still in development.

Responding to the leaked Cabinet Office letter to the logistics sector, the British International Freight Association (BIFA) said it appeared to be another example of the government getting its retaliation in first. BIFA director general Robert Keen said: “The Government has received repeated warnings from all sides of the supply chain that neither businesses involved in trade between the EU and the UK, nor the freight and logistics sector that physically handles and manages that trade, is ready for the new procedures that will be in place from January 1st 2021.

“With just over 14 weeks to go before the end of the Brexit Transition Period, traders and logistics providers are still waiting for so much information and clarity from the government and are shocked by the lack of consistency in Government policy, systems planning and procedures.”

He said the communications seemed to indicate that the UK government wanted to “make villains of the key workers who have been tackling the impact of the pandemic on the UK’s supply chains”, but that this was not a constructive approach.

Metro’s ‘Brexit Ready’ web portal has been designed to prepare your business for the 1st January 2021 .

Metro’s ‘Brexit Ready’ web portal has been designed to prepare your business for the 1st January 2021.