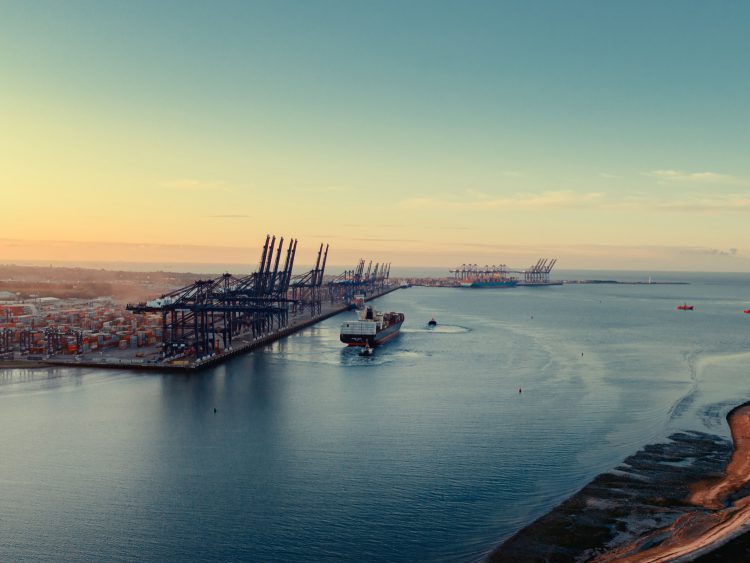 The leading container shipping lines believe that global port and inland infrastructure congestion could last until after the summer peak season and the blanked sailings keep on coming.

The lines’ view is that supply chain disruptions are “temporary issues”, which would be resolved in the long-term, but they are warning of a “difficult” period leading up to the start of the traditional peak season.

There is reticence to predict when things would get back to normal, given that carriers had not seen the usual slowdown after the Chinese new year and their pipeline of cargo and short-term volume projections remain very strong.

The unprecedented spike in demand from Asia in the second half of last year caught the lines out entirely. Despite getting volume forecasts from the biggest cargo owners and shippers in March and April, no one anticipated the colossal surge in demand that was to transpire.

Import volumes surged as high as 100%

Import spikes of 40%-50% caused massive congestion at Felixstowe, which quickly filtered to ports across the country, while in the USA spikes surged as high as 100%, especially on the west coast, which put a massive strain on systems that were not designed to be resilient to a sustained surge over more than 30 weeks.

The congestion at UK ports continues, contributing to a “critical build-up” of empty equipment at Southampton and Felixstowe, while Liverpool is experiencing severe landside delays and long turnaround times for vehicles, with the problem appearing to be a lack of straddle carriers to serve the landside operation.

Recognising the crippling impact of equipment shortages, the lines have worked to ensure that every available container has been used, even those that needed repairs, in order to increase equipment inventory.

But increasing inventory will have little impact while global supply chain performance is so diminished, in so many areas, in so many critical regions.

Container ships are left waiting at anchor for a berth in Los Angeles – over 30 anchored vessels at the most congested times – and when they do finally get a berth, working is hit by slow operations on the terminals, with some vessels spending a further fortnight alongside.

At the other end of the supply chain the situation is mirrored, with congestion causing vessel turnaround times to more than double and week-long cargo rollovers at Singapore.

And finally……….freight rates from North Europe to the USEC have not been subjected to the massive increases impacting other routes, but that could change if carriers focus on maximising returns, by increasing the number of blank sailings, to move ships to more profitable trades.

The level of announced blank sailings for March and April are at the consistently elevated levels, we have seen since last year. We are monitoring the situation closely and wonder if, rather than an attempt to drive up rates, the lines are trying to compensate for the chronic port congestion on the US west coast, where an average of 30 ships a day are idled at anchorages.

We will continue to report on and explain the factors behind this exceptional global supply chain situation, that is the result of a convergence of factors triggered by the pandemic.

We are also preparing contingency plans and following developments at the port of Montreal, where a previously negotiated truce agreement between employers and unions is due to expire on March 21st, 2021, with the very real threat of industrial action.

The unprecedented surge in cargo demand will continue to create congestion across all nodes in the global supply chain, due in large part to constrained COVID-safe working practices.

A lack of usable empty containers will not be resolved while laden ones are held up at operationally ineffective nodes and the shipping lines’ schedule reliability dropping to 10-year historical lows, adds further to the delays at almost every seaport worldwide.

Visibility provided by our MVT tool, developed in-house and ongoing over the last 15 years, the expertise of our dedicated and motivated locally based teams, our global partnerships with our own offices and partners, and close relationships with shipping line partners, combined ensure we are at the forefront of the industry and always best positioned to deliver the most relevant and required solutions in an ever evolving ocean market.