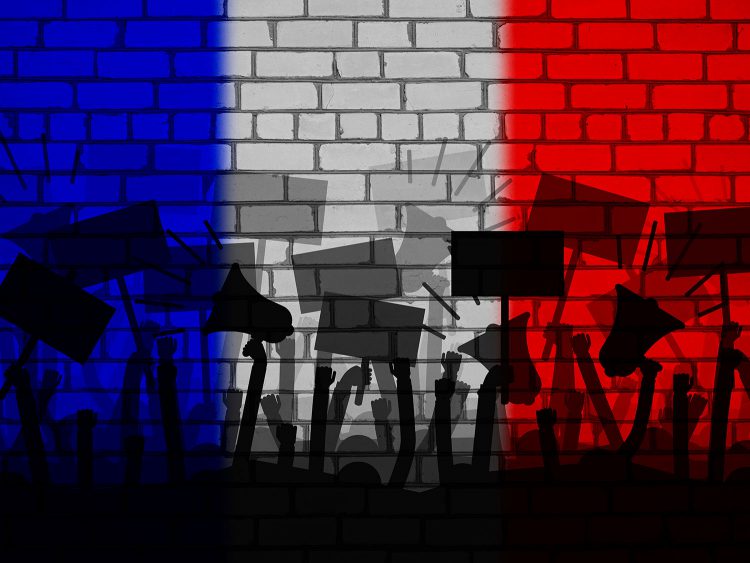 French workers are poised to start road blockades at ports from 9pm on Sunday, disrupting cross Channel traffic, should last-ditch talks fail to produce a settlement, that will prevent the ‘unlimited’ strikes.

The protest is over plans to reform the French pension system, which affects everyone in France and has prompting wide-ranging actions across sectors, with some unions aiming for a one-day action, while others say they will be taking ‘unlimited’ action throughout December.

The four main rail unions have all signed up, meaning the majority of the rail network across France will be affected, with ’renewable’ strikes which could go on beyond December 5th.

One union representing ground crew – FO Air France – has joined unlimited strike action, while the other main union – CGT Air France – has so far not issued a strike notice, but CGT members in other industries have joined, so it is expected that their ground crew will follow suit.

Several airports are expected to experience delayed or cancelled flights.

FO Transports et Logistique, which represents some truck drivers – has joined the strike.

They don’t represent all hauliers, but when French hauliers strike they favour blockades or rolling roadblocks, so there may well be some disruption on the roads.

Paris’ main highways may be blocked from today, with the first action beginning with a farmers’ blockade where they plan to send thousands of tractors into Paris today.

The French transport associations OTRE and FNTR announced that there will be blockades at the border and trucks driving slow on the highway in the north of the country and on the border with Belgium to protest against rising fuel prices.

Currently, French haulage firms benefit from a discount of €0.18 per litre of fuel and the French government is proposing to trim this to €0.16 per litre from 1 January 2020, to generate €140 million in additional tax revenues the government will use to finance improvements in road infrastructure. Trade bodies estimate it will add between €500 to €800 to the fuel bill of each truck on an annual basis.