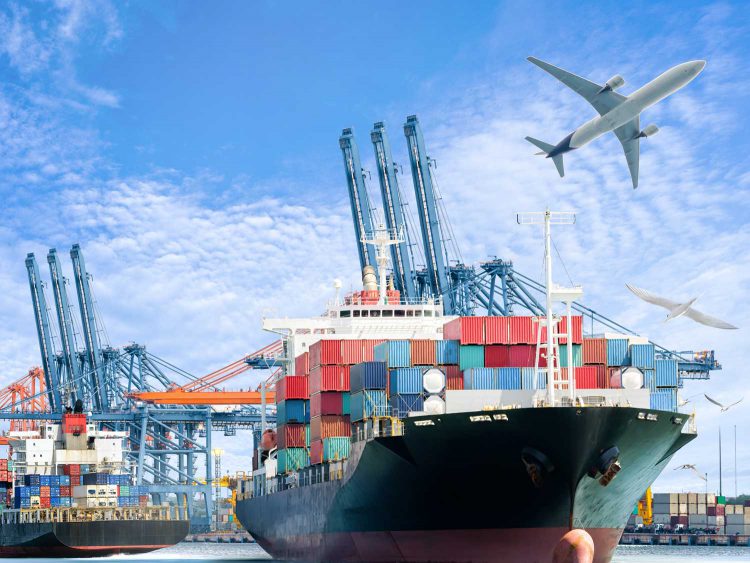 With supply chains battling through overwhelmed transport systems, material shortages, and infrastructure disruptions for close on two years, we asked our partners in seven key markets to share their thoughts on critical operational elements, including demand, capacity and rates.

In most regions airports are operating normally, or are improving, though there is uncertainty about the impact of Omicron and there are backlogs and operational challenges at Indian hubs.

Shanghai is a notable exception, with strict quarantine regulations in place for ground handling since September, restricting number of flights flown and the airport’s operational capability, which has been massively exacerbated by a PPE and test-kit peak lasting till early November.

Continuing congestion at key European and US gateways are highlighted as a particular issue by the origins and in the UK there is limited handling capacity in BHX, GLA, NCL, LHR and MAN, though clearances are being done on time.

While no new capacity has been added, most origins noted the resumption of passenger flights, but the return of belly-hold space for passenger luggage has been at the expense of cargo capacity.

Freighters are operating from all origins, but at many they are ‘Preighter’ conversions and from China – and particularly Shanghai – are almost exclusively committed to eCommerce and rapid-test kit cargo.

Perhaps unsurprisingly rates ex Shanghai are soaring, with increases of 10-15% in the last week.

Rates from Sri Lanka have softened, but are expected to harden, bringing them into line with every other major trade route.

It is worth highlighting the situation at Dubai, where airports are operating to 90% capacity, with efficient handling and no delays.

The air freight market is particularly buoyant, with no sign of the peak season slowing and multiple carriers serving airports across Europe and the UK, with scheduled flights, including a new gateway at London Gatwick.

The high yield to US destinations is encouraging many direct carriers to divert services away from Europe to serve trans-Pacific routes, which is hugely increasing the popularity of our Sea Air and Air to air options via SIN / CMB / DXB /AUH/ DOH for shippers seeking more economical options.

The availability of equipment, which has been such a problem for 12 months or so, has been improving at many origins, though India, Sri Lanka and Bangladesh prefer some time to position specific equipment and Dubai need advance notice of bulk shipments of ten containers, or more.

Transhipment ports in Asia are facing some delays, with Singapore and India ports experiencing berthing delays of two days and Sri Lanka three to four days.

Earlier in the year the US ports of Los Angeles/Long Beach had 25-30 vessels waiting in the harbour and today there is approximately 80-90, with the East Coast (NYC, SAV, MIA) seeing between 20-40 vessels.

With port operations elsewhere largely improving, we would hope to see carrier schedule reliability follow suit, but nothing can be taken for granted.

Demand from China is still high and carriers are keeping rates high, as they are expecting demand to stay strong till Lunar New Year and we can only expect rate levels to reduce should there be a drop in demand.

From other origins demand varies, but is consistently strong enough to keep rates elevated and the lines deferring contracts in favour of FAK spot rates.

Despite the launch of new services and routes, and plans to modernise infrastructure, rail services from Asia have been increasingly overwhelmed by volumes, suffering catastrophic congestion and delays at key points.

The only SE Asian origin that has a potential rail freight service to Europe is from Vietnam (Hanoi/Haiphong) but that service is so oversubscribed, due to very limited capacity, that we would not consider it a viable option.

In summary, inflated prices and transit times that have doubled (35 days + 7 to 14 days for transfer to UK), due to congestion everywhere, mean that rail is taking as long as sea freight and costing considerably more. It is not worth considering at this time.

The supply chain impact of Omicron is still to be felt, which is why we continue to monitor the emerging situation closely with our network partners.

We will share important news and developments, often before it is in the public domain, so that you can make informed decisions and protect your supply chain.

For further information, or to discuss any particular concerns, please contact Elliot Carlile or Grant Liddell.

Metro will always provide you with the best alternatives and options, supported by a proactive team, leading-edge technology and open communication. Supply chain solutions that are designed around you, your situation and needs.