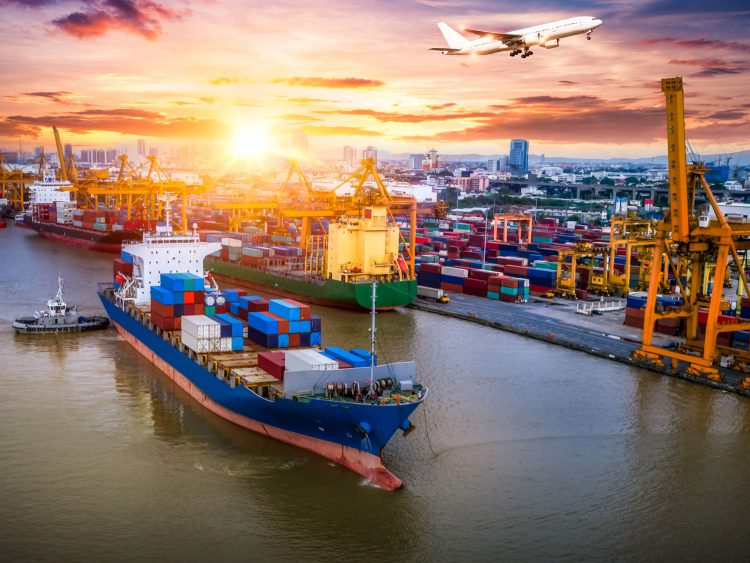 While Asia-Europe container shipping lines are reducing capacity by idling vessels from May as volumes deteriorate with the collapse in demand, air freight rates have reached their highest ever levels, making our Sea/Air solutions even more attractive for time-sensitive shipments.

Media reports suggest that lines are balancing capacity supply against demand from 1st May, but despite the bad news for lines, the erosion of container spot rates from Asia to Europe actually remains modest, due to these massive capacity reductions.

Today’s Shanghai Containerized Freight Index (SCFI) North Europe component declined by 1.2%, after falling 2.1% the previous week, and remains some 14% higher than a year ago when fuel prices were twice as high.

Vessel utilisation levels are reported to be “holding above 90%”, as cargo backlogs after the extended Chinese New Year have been cleared.

Rates remain largely stable, supported by the large blank sailing programme across alliances, with around 32% of the weekly capacity being withdrawn over the coming four weeks.

In data published by ONE Line, their volumes for March declined 6% from Asia-Europe compared to March 2019, while backhaul volumes from Europe increased by 4%.

Does this mean the impact of the pandemic is less than expected? No, that cannot be concluded. Timing here is vitally important. The data from ONE is measured at time of loading. It means that a large part of cargo booked towards the end of March is not included as that is loaded early April.

The pandemic impact only gathered pace later in March. The early part of March was the short period where China was getting back up, and the pandemic impact had not yet manifested itself strongly in the rest of the world.

For the backhaul cargo growth it should be noted that Chinese New Year fell later in 2019 than in 2020, and hence there is a seasonality effect at play in March supporting a higher growth rate.

All in all, it is positive for ONE that March volumes are what they are. But, this should be taken as an indication of the positive effect of the short “window” between the China outbreak and the global pandemic.

Overall rates remain largely stable, supported by the large blank sailing programme across alliances, with around 32% of the weekly capacity being withdrawn over the coming four weeks.

While sea rates appear to be stabilising, there appears to be no end in sight for soaring air freight prices.

Forwarders are reporting more than $500,000 for an Asia-Europe A330 charter, and more than $21 per kg for some urgent shipments on transatlantic routes.

“Metro Sea/Air solutions are perfect for time-sensitive shipments, at a fraction of the cost of air freight”

And there are fears, with the next Chinese holiday due, from 1-5 May, that prices might go even higher in the last week of April.

Rates will continue to remain high as long as the demand for PPE continues unabated, but it’s unclear by how much, and even if, the upcoming holiday will impact rates further.

Freighters are flying maximum hours, and available capacity is selling out almost immediately, with most freighter carriers sold out through May and aircraft are going to require maintenance in the coming months, which will withdraw volume, potentially driving prices again.

Handling charges and surcharges are also skyrocketing and American Airlines is adding surcharges for late changes or cancellations. It is not clear if any other carriers plan to follow suit.

Customers with shipments over 100kg will be responsible for paying a fee, starting at $50, for late cancellation, late reduction in chargeable weight or failure to show.

When asked about “profiteering” by airlines, secretary general of Tiaca Vladimir Zubkov said: “The demand for medical supplies will continue for the foreseeable future, until a vaccine is developed. Yes, we are aware of the high rates. It’s difficult to take sides; difficult to find the edge from where the market plays and the opportunity to recuperate previous losses turns into an unfair use of the dominant position.”