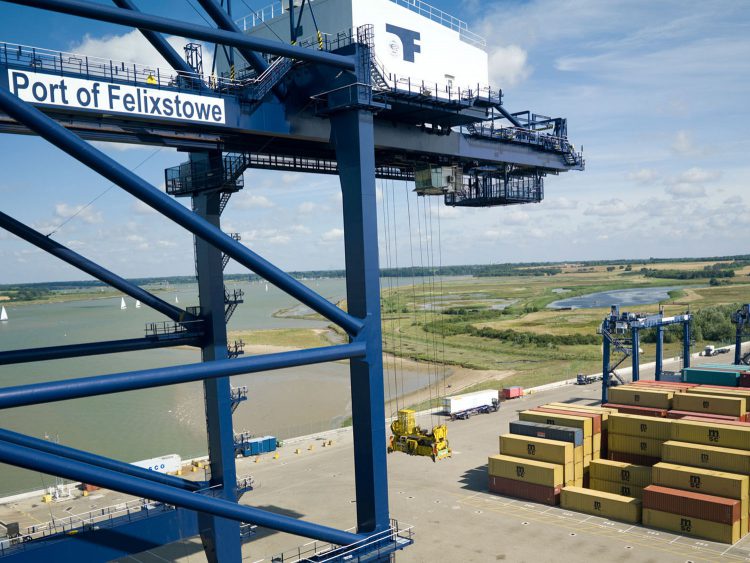 Felixstowe is set to be hit by industrial action over Christmas, after 110 engineers at Felixstowe voted 98% in favour of strike action over plans to outsource their employment.

The stoppages will take place on Friday 27 and Saturday 28 December, and the Unite union have indicated intention of balloting their members on wider action across the port early next year, over fears that the outsourcing to Universal Tyres is the beginning of a wider trend of outsourcing the port’s workforce.

It is extremely unlikely that this strike action will impede port operations, but that may change if the larger Unite membership support action.

Unite regional officer Neal Evans said: “At present, the threat is just to the tyre-fitting operation, but we fear that this could affect more of our engineering members, going forward.

The union, which has another 1,800 members working at the port in other areas, said it would start balloting the entire membership “for strike action and industrial action short of a strike on the outsourcing issue”. The ballot will take place between 24 December and 14 January.

Mr Evans added: “This latest ballot is a really powerful shot across the company’s bows – however, there is still time for management to row back on these flawed plans that have nothing to do with the smooth running of the port, but are framed to squeeze out the last penny of profit at the expense of the dedicated workforce.”FELIXSTOWE HOLIDAY OPENING – The port is due to cease operations at 19:00 on Tuesday 24th December 2019 and recommence at 07:00 on Friday 27th December 2019. (The port may elect to work vessels on Boxing Day.)