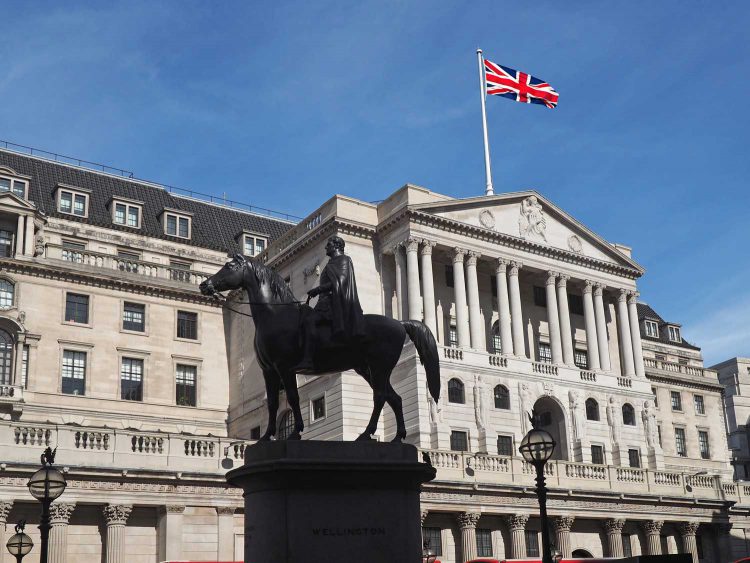 Rapidly rising inflation, the cost of living crisis, plunging consumer confidence and rapidly cooling business activity have contributed to the pound sterling’s fall to new lows, which has effectively added a further 5% inflation to the cost of imported goods.

The Bank of England and US Federal Reserve are both facing strong labour markets adding to inflation and risks of a recession due to higher costs and energy prices, though the Fed is not facing the same threat to US incomes and that difference is marked, with the dollar climbing and the pound slumping.

Sterling initially fell on weak retail and consumer confidence figures, with the volume of high street sales falling for consecutive months and sterling dropping to an 18-month low as consumer confidence plunged to a near all-time low in April, reflecting the impact of the cost-of-living crisis.

Yesterday, the Federal Reserve raised its benchmark policy rate by half a percentage point and sent a strong signal that it intended to increase it by the same amount at the next two meetings and US dollar strength consequently continued to dominate markets, as investors consider the implications of further rate hikes.

April’s retail data is the first sign of the toll of high inflation on consumer spending and the economy and is expected to worsen over the next few months, because of a jump in energy bills and taxes.

For sterling, this is a perfect storm, with analysts suggesting that the 15 basis points of interest rate rises anticipated by the market for this year now looked unrealistic. With the pound having dropped below $1.25, the next likely target is $1.20.

And the analysts were proven right this morning as the Bank of England raised interest rates 25 basis points higher to one per cent. Levels not seen since the economy was in the midst of then recession caused by the fallout of the financial crisis.

The FT reported that orders received by manufacturers have almost stalled, driven by an increasing loss of exports, and growth of demand for services has slumped to among the weakest since the lockdowns of early 2021.

ONS retail sales data showed that online sales were hit particularly hard as households cut back on discretionary spending, with sales slipping 7.9% in March compared with the previous month, the largest monthly fall since January 2001.

The downbeat data eliminated any remaining chance that the Monetary Policy Committee might raise the bank rate by half a percentage point today, though a quarter-point is widely expected.

The view from the market is that the war in Ukraine, high inflation and Chinese lockdowns have induced a “risk-off sentiment”, with increased demand for safe-haven assets like the US dollar, which has been reinforced by the Federal Reserve’s aggressive response, with unprecedented back-to-back rate hikes driving the dollar strength we have seen of late.

There is little good news for the pound, especially amid the present political turmoil and traders feel that with GBP/USD breaching the 1.25 area of support, the expectation is a move down to 1.22 against the dollar and something positively profound will be required for sterling to move back toward 1.30 in the short term.

The foreign exchange model for many businesses is not necessarily considered on a rising market. However with recent activity and weakening of sterling it is an imperative constituent to the global trading environment.

For further advice, recommendations on de-risking currency fluctuations and general advice please contact Laurence Burford or Grant Liddell for some considered thoughts based on your requirements.

We contribute throughout your supply chains in ways that our competitors will not. Please call for further discussion and we will share our own strategy and market insights in relation to FX in 2022.