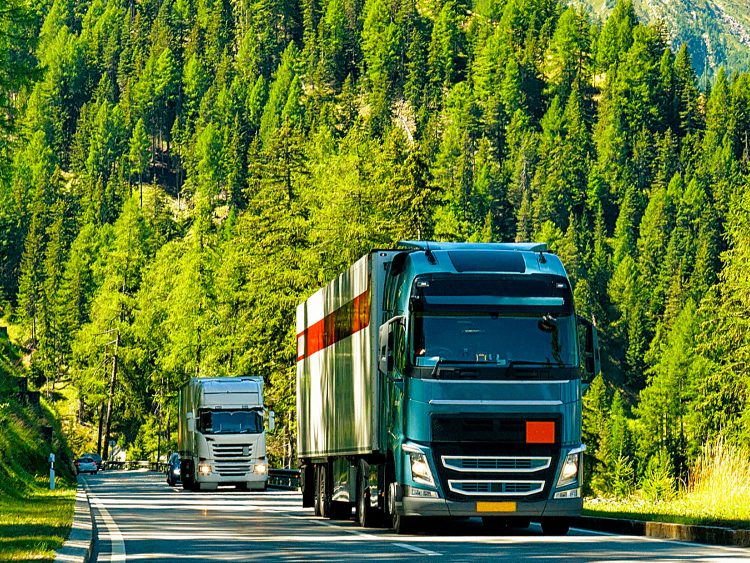 Driver hours have been temporarily legally extended and the government launches secret visa talks for foreign lorry drivers, amid a staff shortage that threatens to undermine supply chains.

Over 45,000 HGV driver tests are outstanding at DVSA as a result of the COVID-19 lockdowns, while 79,000 European logistics workers returned to their home countries following Brexit and recent tax changes which, combined with an existing shortage of HGV drivers, has left haulage firms struggling to recruit new drivers.

The Department for Transport (DfT) is consulting with industry bosses on how to tackle the crisis, as the estimated shortfall of 100,000 lorry drivers has left shelves empty and pushed up prices. That is just in the UK and this problem is a logistics ‘pandemic’ globally in its own right being experience on all continents.

Reports in the press suggest that government ministers have launched secret talks over a short-term visa scheme for foreign lorry drivers, following a concerted campaign by trade bodies, to resolve the staff shortage that is impacting the supply of all goods.

The Home Office is opposed to relaxing visa controls and the haulage industry has been directed to provide evidence on the value of a temporary visa scheme, but with the Home Office taking a hard line, the very best evidence will be needed. This will take time with no immediate decision and then, if it does get approval, an uptake from willing overseas workers willing to relocate to the UK.

The visa talks followed last week’s government announcement that HGV drivers would be allowed to work ten hours a day, instead of nine (until the 8th August). But the bid to tackle driver shortages is not having the intended impact.

With extended hours driving a heightened demand for drivers, particularly from supermarkets, a boom market has ensued for recruitment agencies, who are moving drivers from firm to firm, raking in fees as rates climb, but the issue of driver shortages is not being addressed. It seems to be circulating within the industry as demand continues on both international and domestic needs.

The poaching of drivers from international, containerised and air freight transport to retail logistics, is leaving a critical part of UK business exposed, with significant short-term problems, that are likely to get worse, possibly over the long term. Simply put retailers can only deliver what they have in their available inventory and stock within their warehouses either through their bricks and mortar or online operations.

We are already seeing the direct impact of hauliers increasing their drivers’ pay, in desperate efforts to hold onto them, with firms issuing“driver retention surcharges” to cover the costs.

The additional problem for freight transport companies is that driver pay is not the only issue contributing to their flight to supermarkets and retailers, or other domestically orientated verticals. Working conditions are typically better, with more amenable hours and none of the queues that freight drivers continue to face at ports and inland terminals. Just this week, drivers are refusing to attend MIFT, due to queues of more than four hours.

With the shipping lines already struggling with haulage resource for collections and deliveries ahead of peak season, it is apparent that there is going to be a massive impact when peak season hits – on driver availability and cost – which will get even worse when the holidays start and demand really spikes. Or when the fallout of COVID-19 self-isolating is factored in, that has been widely reported in the national press.

Road transport is critical for freight collection and deliveries and the international movement of goods. The congestion issues and driver shortages that the UK is facing, are being experienced across Europe and the United States, with the latterly suffering particularly pronounced problems, with containers taking weeks to complete internal round-trips, from port to delivery and empty restitution.

We work with a number of selected long-term haulage partners across the UK, Europe and the US, to give us access to the widest pool of equipment and driver resource for each market.