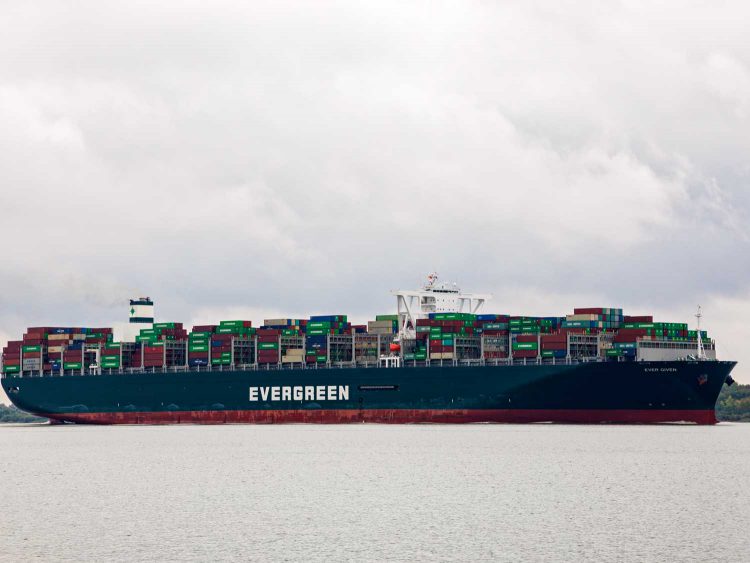 The 400m long vessel blocked the canal for six days and more than a dozen tug boats, multiple dredgers and 800 personnel were used in the recovery operation, with Egyptian authorities reportedly seeking more than $1 billion in damages to cover these costs and the loss of canal revenue.

The Ever Given’s owners notified Evergreen on the 1st April that it declared a general average following the work to refloat the vessel, which means that shippers will potentially be required to share the expenses incurred in the ship’s rescue.

The size of the Ever Given and the number of cargo owners involved means that this could be the largest ever general average case so, what is already a complex process, will be even more lengthy and complicated than usual, with insurance experts predicting the total adjustment process could take up to seven years.

Fortunately shippers don’t have to wait until the adjustment is completed to get their cargo, as the adjuster will determine an interim deposit that needs to be put up by individual shippers to retrieve their cargo.

The last significant container vessel declaration of general average was for the Maersk Honam fire and shippers were able to pay to release their cargo within two months.

Cargo owners aboard the Honam had to pay 54% of the cargo’s value to get it released, which was calculated as 42.5% of the cargo value for the security, plus 11.5% as deposit on the general average.

Shipper’s insurance will typically cover the guarantee and other fees associated with the general average, though there is unfortunately a surprisingly high proportion of cargo owners who choose not to buy insurance, even though it’s relatively cheap and their cargo may be subject to lien until the deposit is paid.

General average is an old concept dating back hundreds of years that has evolved over time with the shipping industry. Cargo would occasionally need to be thrown overboard in emergency situations to lighten loads and save the ship. General average arose to help spread this loss.

Sharing the cost of major expenses is at the heart of what a general average declaration means for shippers. Equitable sharing between a shipowner and cargo interest of extraordinary sacrifices, or expenses incurred, to avert a peril that threatens the entire voyage.

These days, the general average terms are outlined in the carrier’s bill of lading and can cover a long list of expenses, including towing and salvors.

Lost revenue for the canal, however, would not fall under general average, according to industry experts and there are reports emerging that insurers may be considering a challenge, possibly via an insurance consortium.

Meanwhile the Ever Given remains at anchor in Great Bitter Lake within the Suez Canal system going nowhere. This is likely to be a very long drawn out situation further delaying cargo that remains on-board.

We are working closely with customers with cargo on board the Ever Given, to keep them informed of the developing situation and to guide them through the adjustment process, so we can retrieve their cargo in the shortest possible time.

Carriers and other supply chain participants operate under conditions that limit their liability and may even require you to compensate them in certain circumstances, like General Average, which means that any compensation you receive is likely to be considerably lower than your actual loss.

We recommend ‘All Risk’ insurance to protect you against all loss of cargo, to the full value of the goods and work with selected partners to offer All Risk marine insurance cover that protects your cargo during every stage of transportation and storage, on a per shipment or annual cover basis.