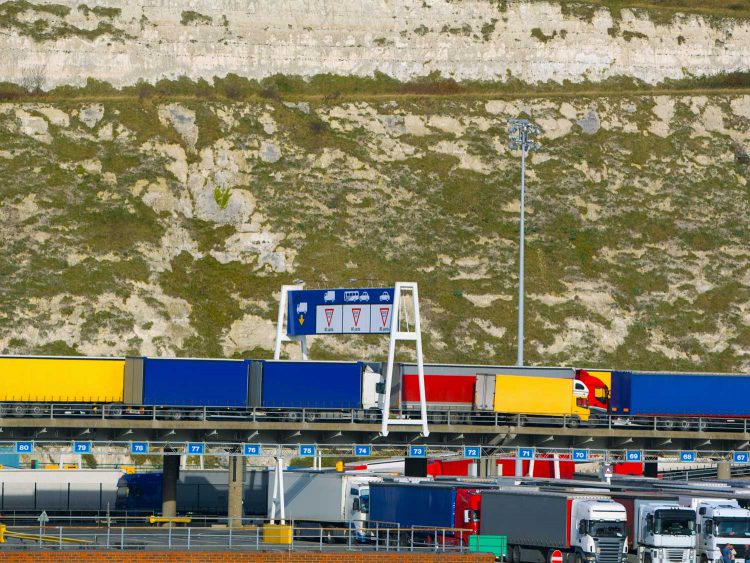 The UK government has again delayed the introduction of further border controls on goods from the EU, due for implementation from July, pushing them back until the end of 2023, suggesting it did not want to add more costs at a time of fast-rising inflation.

New import controls, including on EU food products, due to begin in July of this year, have been put back for a fourth time, with the government saying “it would be wrong to impose new administrative burdens and risk disruption at ports” at a time of higher costs due to the war in Ukraine and rising energy prices.

The government said. “British businesses and people going about their daily lives are being hit by rising costs caused by Russia’s war in Ukraine and in energy prices. It would therefore be wrong to impose new administrative burdens and risk disruption at ports and to supply chains at this point. The remaining import controls on EU goods will no longer be introduced this year – saving British businesses up to £1 billion in annual costs.”

Port operators, many of whom have already built border control posts, have reacted angrily, saying the government’s announcement is a major policy change and that the facilities could become redundant, wasting millions of pounds of public and private funding.

Specifically, the following controls which were planned for introduction from July 2022 will now not be introduced:

Current import controls on EU goods will stay in place and traders will continue to move their goods from the EU to GB as they do now:

The government’s statement confirmed that no further import controls on EU goods will be introduced this year and that businesses can stop their preparations for July now. In many ways this can be  considered a good thing that is positive for business; in other ways just further delays that will occur at some point that will need to be addressed.

They will now publish a Target Operating Model in the Autumn that will set out the new regime of border import controls and will target the end of 2023 as the revised introduction date for the control’s regime.

Metro are at the forefront of delivering EU customs brokerage solutions, with our automated CuDoS declaration platform and a dedicated team of over 40 customs experts.

Now available to new customers, our CuDoS customs brokerage platform is optimised continuously, in line with the regimes in force on both sides of the Channel.

To discuss your situation and to learn how we automate customs declarations for businesses of all sizes, please contact Elliot Carlile to talk through the options.