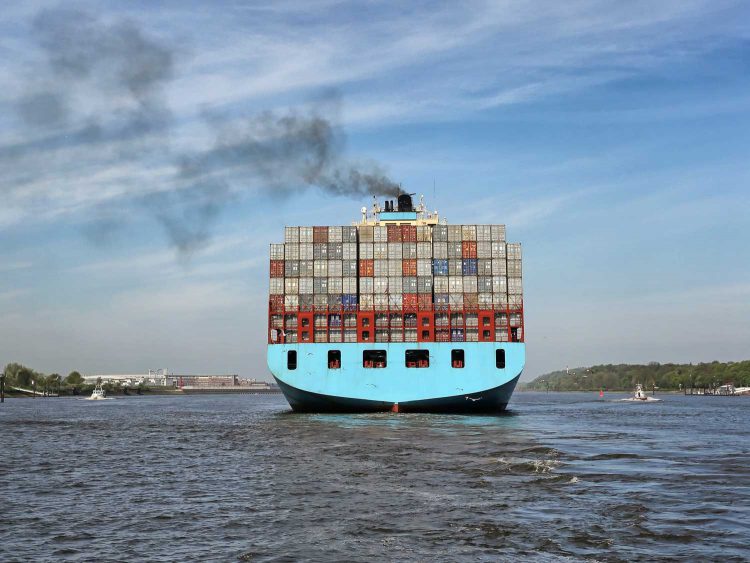 Container ships, including the world’s largest, are skipping UK ports entirely, or leaving only partially discharged and without collecting export containers, in what is fast becoming a daily occurrence.

COVID-safe working practices and extensive deep-cleaning at shift handovers, continues to cause huge issues at UK ports and in particular at Felixstowe, that have been struggling since the summer.

Felixstowe has not recovered from a 30% spike in import volumes in early September which, combined with the new working practices, means that it’s taking a lot longer to unload vessels and the ships are often leaving before the terminal operators finish offloading or loading all the export and empty containers, so they don’t miss the next berthing spot on their schedule.

The line confirmed that “CMA CGM Jacques Saade has cut and run with import containers remaining on board – these containers will be discharged on the second call which currently has an eta of 15 November, subject to change.”

Evergreen’s 20,400 teu Ever Grade skipped its scheduled call at Felixstowe on Saturday and headed straight for Rotterdam on the Ocean Alliance’s FAL6 Asia-North Europe service.

The shipping line said that UK consigned containers would be unloaded at Rotterdam and then sent by feeder vessel to Thamesport, leading importers to scramble for increasingly scarce haulage.

Incidences are affecting Felixstowe, Southampton and London Gateway and while Metro has been remarkably untouched, we do have 20 boxes remaining on a vessel that cut and run from Gateway to Morocco for discharge, with the overdue containers being shipped back on split Bills of lading. The vessel did call at closer ports Antwerp and Marseilles, but due to labour shortages also impacting these ports, the carrier decided that UK freight still on board, will be better offloaded in Tangiers North Africa and then feedered back.

We are aware of big volume shippers that have been particularly badly hit, including one that had 500 boxes due in this week and only 400 have been unloaded in the UK, due to skipping ports and partial offloads.

The issue is prevalent with all lines and ports, including those across the Channel and North Sea, and in fact on a global basis, who continue to struggle with COVID working practices, labour shortages, congestion and terminals full of containers with PPE, that domestic health services can’t process, as they in turn are overwhelmed!

Keeping our customers informed of this fluid and fast-changing situation, through their account management team and via our award winning MVT supply chain visibility tool, means we can limit the issues they face, to keep supply chains moving and avoid unnecessary costs.

If you have encountered any issues relating to the above situation, we would of proactively have communicated these to you. For further advice and updates please call your day to day operational contact or Grant Liddell and Ian Barnes, who will discuss the action we have taken to try to avoid in future.