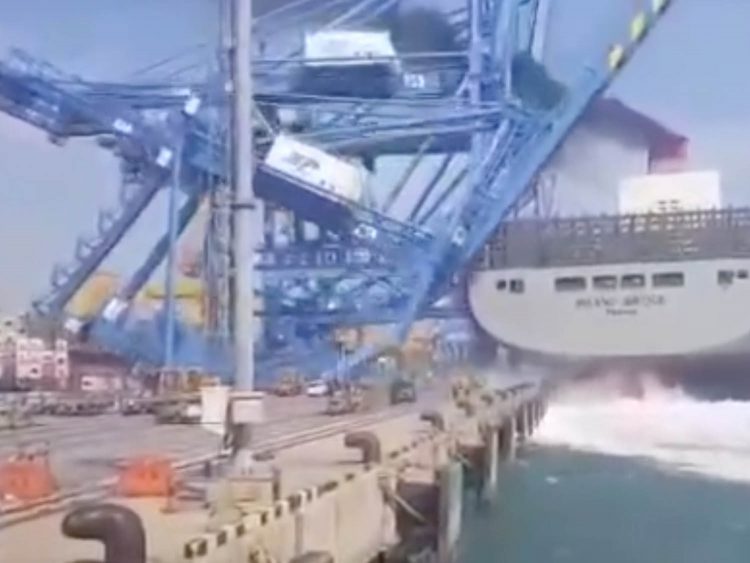 On Monday, K Line’s 15,000 TEU ship the Milano Bridge collided with a berth at the South Korean port of Busan, demolishing one gantry crane and damaging four others.

At the time of the incident, the ship was in a berthing operation, with tugs in attendance and a pilot aboard.

Port officials say that its seventh berth will be out of action for months as operations get underway to remove shattered crane debris following the accident. Thankfully no one was killed, or seriously injured.

Video of the crash, which has been watched nearly 500K times on Singapore shipping news channel Splash 247, vividly captures the carnage caused by a vessel collision, which always happen slowly, quickly!

The collapsed crane’s driver injured his ankle, having leapt five metres to safety as the ship made contact with the quayside and was subsequently taken to a hospital for treatment.

The Japanese controlled vessel ploughed into a number of cranes when coming into berth at the Korean port, also hitting the 10,000 teu Seaspan Ganges moored in front of it.

One crane collapsed with much of the debris falling onto the aft of the giant Japanese boxship, while another four cranes were knocked off their rails and cannot be moved.

The Busan Coast Guard is investigating the accident and has interviewed the captain and the pilot.