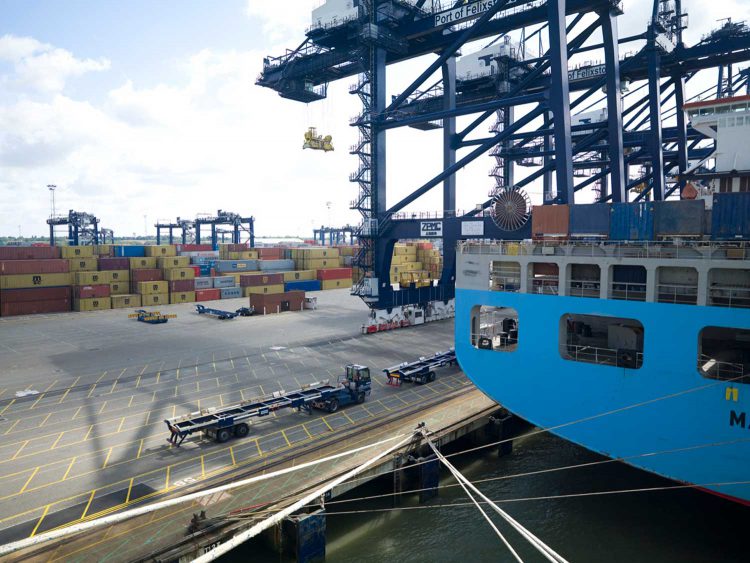 While many ports are currently experiencing no issue, or are even quiet, the fallout of the week-long Suez Canal closure in March is likely to impact supply chains through to June and possibly beyond, into the traditional peak season.

Early indications suggest some ports are managing rising inbound Suez-delayed vessel numbers without major delays, while others are ‘full to the brim’, as shipping line schedules are ‘torn up’ and some vessels bypass scheduled calls to return to Asia early.

Westbound vessels began arriving in North Europe last week, while those heading east have started to call at Singapore and the ships were being handled smoothly.

Antwerp’s predicted traffic is not as bad as expected and the ships seem set to arrive well spread, due to carrier intervention. Using the Cape of Good Hope as an alternative routing and vessels being slow steamed to create a spaced flow of arrivals at ports.

Felixstowe has handled the first of the delayed Suez vessels, and there is currently no congestion reported at the port, as carriers rescheduled their Europe port calls to minimise delays.

While currently quiet Felixstowe is expecting greater numbers of ships, but the port insists that no significant delays were anticipated.

The relentless demand on container shipping since last summer and the impact of the Suez Canal closure is significantly restricting equipment availability to meet demand at many origins, encouraging container shipping lines to discharge cargo early in North Europe load with empties and return vessels to Asia, where several weeks of full loads at highly inflated spot rates await.

We are aware of carriers advising that delayed cargo has been discharged at the wrong port and that there is no schedule for the onward movement, because they have no spare capacity, there are no ships available to charter and established feeder operators are also full, repositioning containers to their ultimate destinations.

The prioritised back-loading of as many empties from stacks as possible, often results in export laden containers being left on the quay, as empty containers take their space, in order to restock equipment depots in China, which still have a much higher financial return to the shipping lines.

Feeder operators are having a particularly hard time in North Europe, with long delays  and turnaround times increasing 10 day voyages by an additional four to six days.

And while they may be serving container ships relatively effectively, Rotterdam and Antwerp are delaying hinterland barge operations, with the average waiting time for the handling of its barges 34 hours at Rotterdam and 41 hours at Antwerp, without any improvement anticipated for the next four to six weeks.

The only positive from the carriers’ strategy to turn their ships around early in North Europe will be an earlier recovery of schedules than would have been the case if vessels had been congested post the Suez blockage without remedial action and planning being implemented – short term pain should assist in the longer term gain.

The ripple effect of the Suez situation will continue to be felt for some time and Metro will continue to manage and monitor expectations, sharing reliable data and updating our clients on transit and schedule changes.

For further information and detail please contact Grant Liddell or your account manager for further daily updates and planning of your containers in the current challenging market.