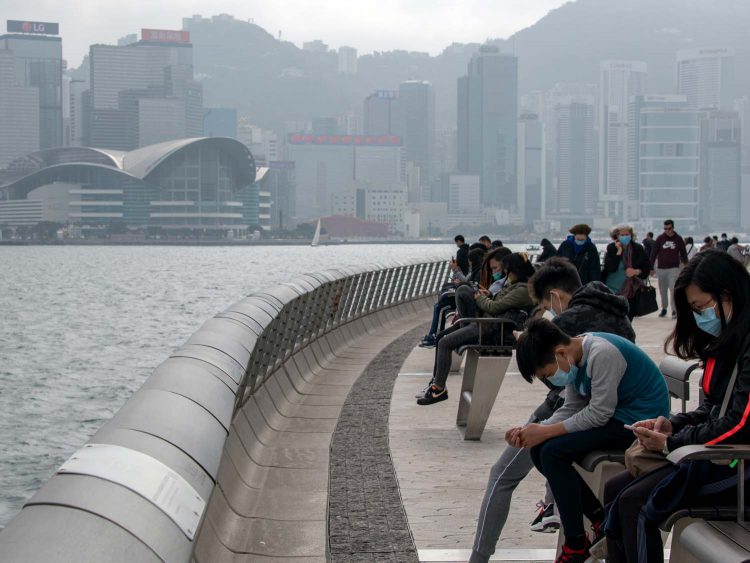 China is determined to prevent any further Omicron outbreaks, especially as it prepares to host the Winter Olympics next month. It has recently imposed restrictions to maintain its zero-Covid target, with a lockdown in the central city of Xi’an, mandatory testing in Tianjin and parts of Zhongshan, Zhuhai and manufacturing hubs close to Hong Kong. And these are just the incidents that are known and get reported. There will undoubtedly be greater influence and impact, from the invisible actions taken.

Meanwhile restrictions have been eased in Ningbo, home to the world’s third largest container port, which has been in partial lockdown for most of the opening days of 2022, making entry and exit far easier for truck drivers heading to the port’s five container terminals.

Chinese ports are being impacted by regional lockdowns, with the situation varying widely from port to port and carriers changing vessel rotations at short notice, to avoid badly impacted gateways. This evolving situation raises the potential of even further disturbance, to already delayed shipping line schedules, from the main China base ports.

The situation may be exacerbated in the coming weeks, as China enters the build-up to many seasonal factory closures during Chinese New Year and Ningbo is still clearing backlogs, with many shipments having to be re-routed to Shanghai, to meet mother vessels.

Hapag-Lloyd is omitting Ningbo on two of its Asia-Mediterranean services and reinstating the Shanghai call, even though Shanghai is already severely congested, with most vessels already delayed by around one week. Very early, on their voyages into Europe.

Supply chains can usually cope with short-term lockdowns, but added shutdowns over a few weeks cause significant problems and with Covid, the lunar new year holiday and the Olympics all coming together, risks are multiplied and magnified.

After the initial virus outbreak spread from Wuhan over the lunar new year in 2020, the Chinese government blocked transport, preventing migrant workers who had travelled over the holiday period from returning to their jobs and factories shut for several weeks.

The latest restrictions have already impacted multinational organisations, with reports of Volkswagen and Toyota shutting their Tianjin plants last week and Xi’an chipmaker Samsung unable to get staff to work because of the lockdown.

And infections may spread further after Beijing reported its first locally transmitted case of Omicron, just weeks before the opening of the Winter Olympics in the capital.

Analysts fear that if infections spread, manufacturers would be as badly hit as they were two years ago, with few companies having their supply chains outside China, because these are strategic issues, which take a lot of time to stabilise.

Rather than moving production entirely out of China, some companies are trying to build second suppliers in China, while seeking alternative sources for components, but few of these initiatives will have progressed, as geographic diversification is often complex to get in place.

Supply chains have never faced so many challenges and with the situation in China being so fluid and changing rapidly, it is more critical than ever that you have the support of dependable partners.

Metro share the latest supply chain news and most important global developments, so that you are always informed about the best alternatives and options, to keep your supply chain optimised.

For further information and to discuss your ongoing requirements please contact Elliot Carlile,  or your usual Metro account manager to discuss alternative routes to market and manufacturing facilities.