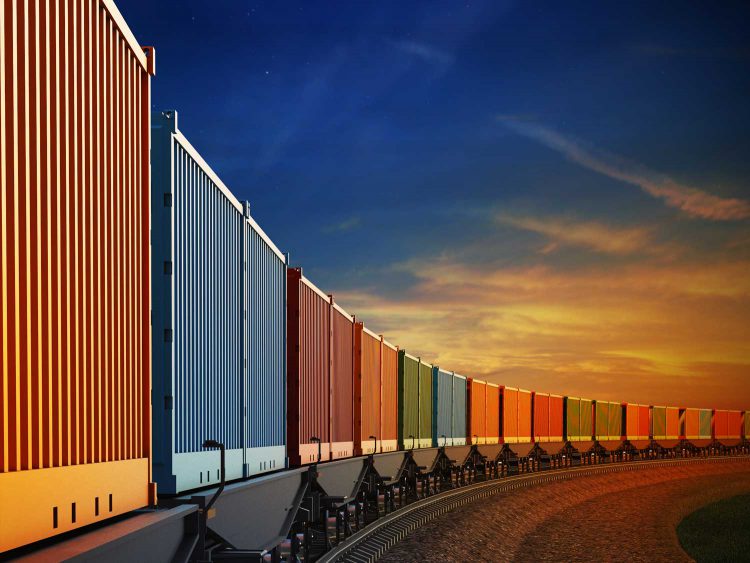 Sky high air freight rates and the supply chain chaos in the wake of the coronavirus pandemic strengthened appeal of the China-Europe rail service for the many shippers.

In March, when most train services from China to Europe resumed as factories reopened, a monthly record of 73,000 TEU was carried, with 64% of the cargo Westbound. Overall, volume on the China-Europe network surged 18% year over year to 174,000 TEU in the first quarter.

The rail sector experienced strong demand in recent months and tight conditions remain on services from Xi’an, in central China. With a direct line via Kaliningrad in Russia and Mukran in Germany, cargo on the service can reach Europe in around14 days.

The weekly direct service from Xi’an to the UK, has cargo railed to Duisburg in southern Germany, with the bonded containers trucked to Rotterdam and ferried to Purfleet for customs clearance and delivery.

Despite the number of cargo handovers points, the transit to Purfleet can be as little as 17 days, with comparable sea freight transit taking about 35 days, while air cargo that can take more than a week.

Rail freight from China is positioned between air and ocean, far quicker than sea and much more competitive than air for higher-volume shipments.

Developing backhaul volume from Europe to China is critical to the long term success of rail, as it is in balance that the mode will truly be sustainable and competitive.

It is uncertain – and probably unlikely – that the backhaul percentage will increase further this year considering the widespread shutdown of European manufacturing.

At the end of the 1st quarter, Maersk Line launched the first eastbound train on its AE19 service, which began in August 2019 as a westbound service from Asia to Europe.

The overall transit time of the new service using short-sea shipping to ports in Northern Europe, rail to the Russian Far East, and short-sea shipping to ports in South Korea and Japan will be 23 to 32 days, about half as long as the traditional ocean route. In 2019, two-way volume between China and Europe almost doubled year over year, growing 98% to about 725,000 TEU, according to China Railways.

Metro is pleased to offer regular direct services to and from China and Northern Europe rail terminals, with dedicated onward delivery by truck to the UK.