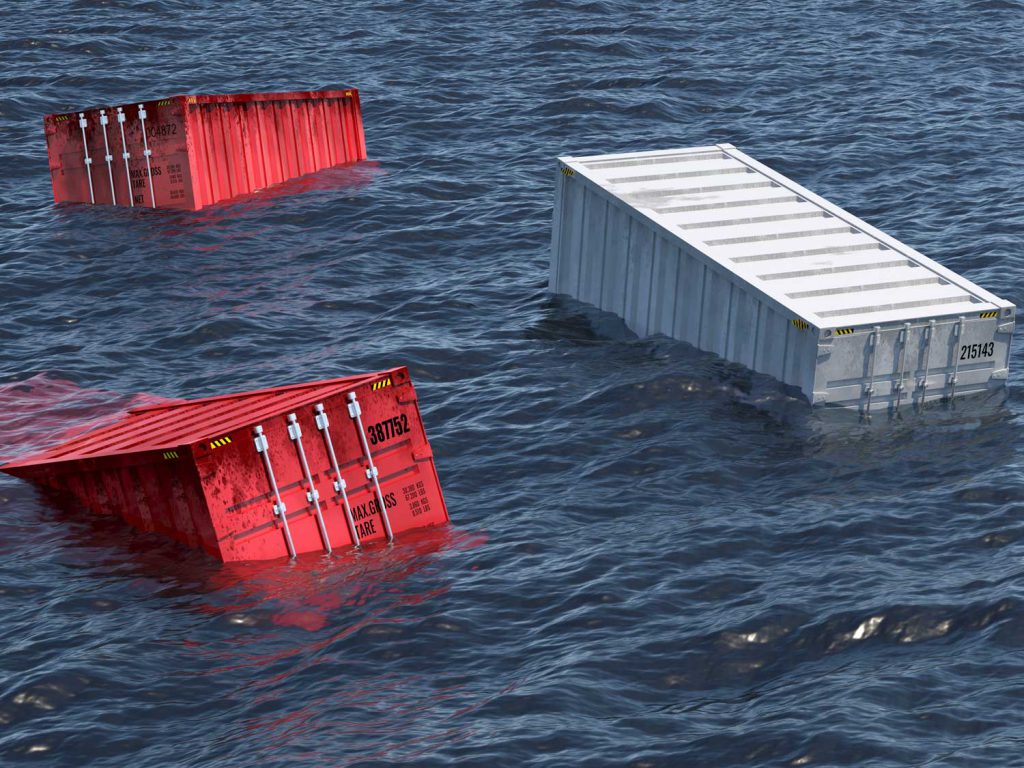 Dramatic images on Twitter captured the 14,000 teu containership, ONE Apus, losing over a quarter of its load, in a catastrophic container stack collapse, that dumped over 1,800 boxes into the Pacific ocean on the 30th November.

The Twitter image, shared by Container News, shows that most of the container stacks between the accommodation and funnel casing collapsed in the incident last week, leading a consultant master Mariner to calculate a remarkably prescient loss in the region of 1,900 containers, equal to 3,600TEU or 28.25% lost in total.

ONE Apus today berthed at the Japanese port of Kobe and the line confirmed yesterday that 1,816 boxes had been lost overboard, including 64 dangerous goods (DG) boxes when the vessel encountered heavy weather near Hawaii on 30th November.

54 of the DG containers carried fireworks, a further eight held batteries and two contained liquid ethanol. There have not been sightings of any containers on the water as yet.

The ONE Apus is deployed on THE Alliance’s FP2 North Europe-Asia-North America service, along with 17 other 14,000 teu vessels from the ONE and Yang Ming fleets.

According to the World Shipping Council’s Containers Lost at Sea 2020 update, an average of 1,382 containers were lost at sea every year between 2008 and 2019.

The statistics are, of course, skewed by catastrophic casualties, such as the 2013 sinking of the MOL Comfort that resulted in a loss of 4,293 containers, the grounding and loss of M/V Rena in 2011 that saw around 900 containers lost and the tragedy of the SS El Faro in 2015 which caused the death of 33 crew members and the loss of 517 containers.

Metro recommends All Risk marine insurance to protect you against all loss of cargo, to the full value of the goods.

Carriers and other supply chain participants operate under conditions that limit their liability and may even require you to compensate them, in certain circumstances, which means that any compensation you receive is likely to be considerably lower than your actual loss.

Metro work with selected partners to offer All Risk marine insurance cover that protects your cargo during every stage of transportation and storage, on a per shipment or annual cover basis.