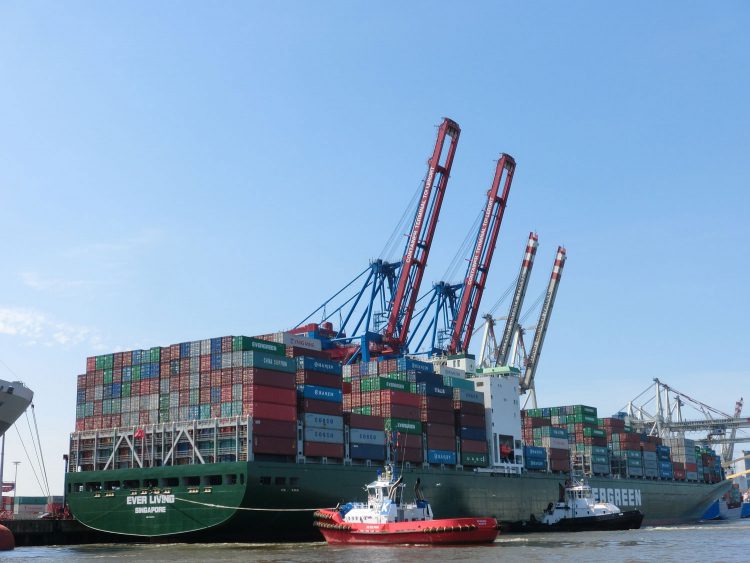 With economic indicators forecasting a slowdown in trade demand in 2019 and more new container ships due on the Asian trade, the shipping lines are introducing slow steaming, ship idling, blank sailings, and exhaust scrubbers to absorb the additional capacity.

December and January are traditionally the busiest months as shippers get their spring cargo loaded ahead of Chinese New Year, but volume growth has been declining for many lines since September.

Container volume data for December is not yet in, but growth in 2018 is unlikely to exceed 1.5%, which must be disappointing for the lines given that the WTO anticipates trade growth to be in the region of 3.9% for 2018.

Global trade is forecast to contract slightly in 2019 to 3.7%, but many economists are suggesting that Europe’s economic expansion will potentially slow to 1.5%, blaming adverse economic and political factors, including trade tensions and Brexit.

However gloomy the economics may be, the lines will have to welcome more mega-ships into their fleets throughout 2019. And that’s AFTER a record number of mega-ships were delivered to the trade last year, totalling 525,500 TEU.

The number of ultra-large container vessels (ULCV) arriving is an unwanted legacy from a period when carriers were overconfident in the market and possibly misguided in the benefits those ships offer.

Analysts believe that. “accommodating such large tranches of new capacity will be challenging, especially as the Asia-North Europe trade is in a slow-growth phase, but there are reasons to believe that the task will not be as onerous as it initially appears.”

The rationale being that delivery schedules would be pushed back and alliances would slow vessels, allowing additional ships to be added to weekly services, absorbing surplus capacity. It is not a strategy that excites shippers because transit times are lengthened, but carriers maintain that it enables them to improve service levels.

It is going to be another challenging year for the shipping lines, and no doubt for shipping rates.