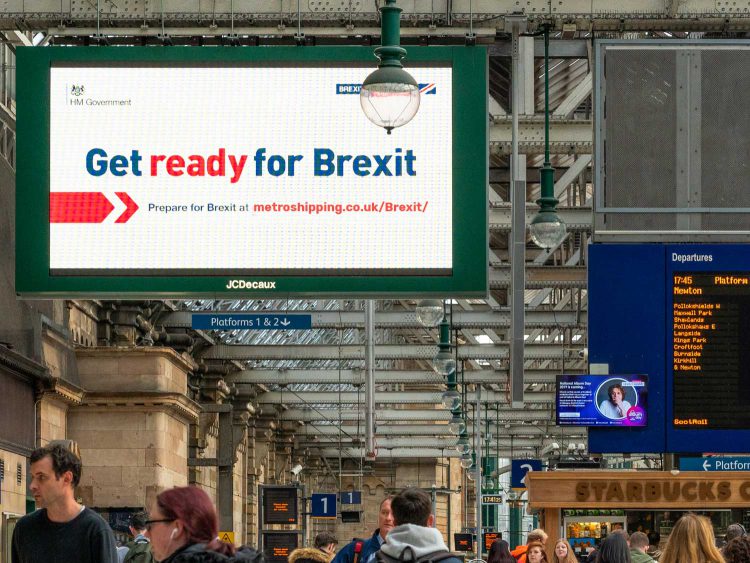 With just 35 (25 working) days until the end of the EU transition period both sides are trying to reach a trade deal, that will soften the blow of departure and avoid a shattering end that neither want.

Despite finance minister Rishi Sunak stating that “with a constructive attitude and goodwill on all sides we can get there”, his subsequent comment “we absolutely should not be stretching for a deal at any cost, that is not the right thing to do” prompted European Commission head Ursula von der Leyen said to say the EU was ready for the possibility of Britain leaving without a new trade accord.

Reuters report that an official involved in the negotiations said a deal was possible, but not likely before the weekend at the earliest. An EU diplomat said it was more likely to come next week.

The European Commission – where Brexit negotiator Michel Barnier is leading talks with Britain on behalf of the whole bloc – is due to update national envoys to Brussels on the latest in the trade talks at 08:00 GMT on Friday.

EU sources said Barnier himself may travel to London later on for more discussions with his British counterpart, David Frost, if there is a chance for a breakthrough.

Brexit minister Michael Gove is drawing the anger of the UK’s freight, logistics and supply chain sectors with his interpretation of post-Brexit trade with the EU, even as a test run of the new border checks resulted in five-mile lorry queues from Dover.

During Logistics UK’s Get Ready for Brexit webinar, Mr Gove provided little of substance and seemed to be using the occasion as an opportunity to rebuff suggestions that government had been seeking to direct blame for any chaos that may ensue.

Due to the impact of the pandemic, Mr Gove said many import controls due to take effect on the UK side of the border on 1st January would now be introduced in stages and he appeared to try to lay the blame for any chaos in January on EU members.

“What I cannot say is what the approach on the other side of the border will be. What I do know, though, is the approach the EU has taken throughout the process,” he said. “This is an approach of ‘rules are rules’ and when it comes to the checks, these will be applied.”

“I think we cannot expect a laissez faire approach to the new rules at Calais or at any of the other EU ports.”

“Another key concern is the prospect of disruption in Kent, and this has been a widespread concern since the vote to leave the EU. But this is also why we have invested in infrastructure and put in place mitigation measures if the worst comes to the worst.

However, Mr Gove’s announcements came less than 24 hours after a test run of post-Brexit border checks by French customs authorities resulted in queues of trucks stretching five miles along the M20.

Metro work closely with HMRC, BIFA and The Association of Freight Software Suppliers (AFSS) to follow the status of HMRC and EU post-Brexit systems and processes.

We have developed a suite of bespoke, generic and automated solutions to protect your EU trade from the 1st January 2021. This includes our CuDoS (Customs Documentation Services) platform automating and digitalising customs submissions in the new European environment.

For further information contact our post-Brexit Task Team and speak with Andrew White or Jade Barrow.