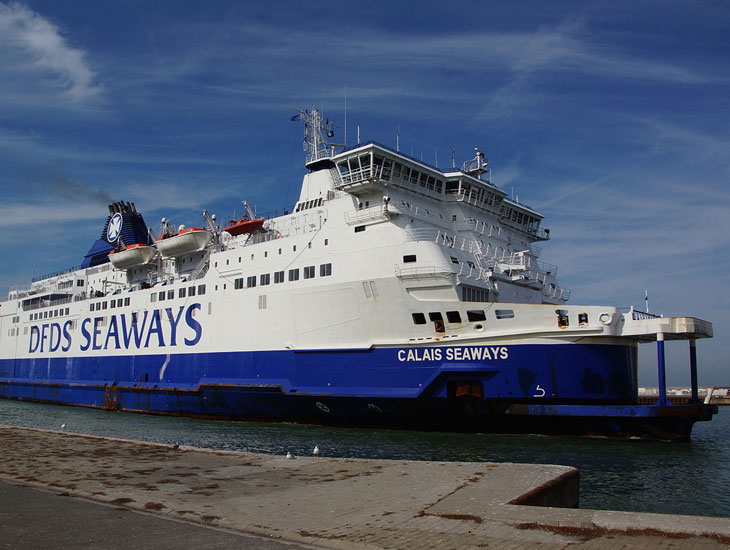 The BBC has reported that cross-channel ferry companies have warned of gridlock around British ports, as they confirm that after a no-deal Brexit, they will not allow trucks to board ferries, unless they have the right paperwork.

“We cannot take lorries across that cannot enter the country,” one ferry company told BBC Newsnight.

Many UK exporters are yet to obtain the proper documentation.

The Department for Transport said plans were in place to manage disruption. “If a truck doesn’t have the right document we cannot board him.

We cannot take lorries across that cannot enter the country,” said a spokesman for DFDS, which transports 1.2 million trucks between Dover and Calais and Dunkirk each year.

Many trucks are expected to turn up without the right documentation, which will lead to tailbacks of trucks on both sides of the channel.

For a period of time, for a few weeks and months, the assumption is that problems will be bigger, as those in the supply chain become accustomed to the paperwork.

“If you have a constant stream of lorries that don’t have the right documentation and it may take anything from 24-48 hours to get that documentation, potentially you’ve got a whole bundle of trucks and nowhere for them to go,” said one source.

Jean Marc Puissessau, the president and chief executive of Port Boulogne Calais, also told Newsnight that the French side expects ferry companies to deny boarding in the UK to trucks without the right paperwork. “If hauliers don’t have documents they won’t be allowed to board. This was the rule on 29 March. Those same rules will apply on 31 October,” he said.

Both French and UK port officials have previously sought to downplay concerns about traffic chaos in the wake of a no-deal Brexit.

In June, the Dover Harbour Board CEO Doug Bannister said “the Port of Dover, as with our sister ports in France and our ferry partners, are prepared for the 31st of October.”

And his Calais counterpart Mr Puissesseau, had pointed to the construction of new customs facilities and vehicle holding pens at the French port, saying “there will be no delay” on the French side.

But research by Imperial College London, commissioned by the BBC, suggested just two minutes of extra check times at UK borders could result in queues extending up to 30 miles from Dover into Kent.