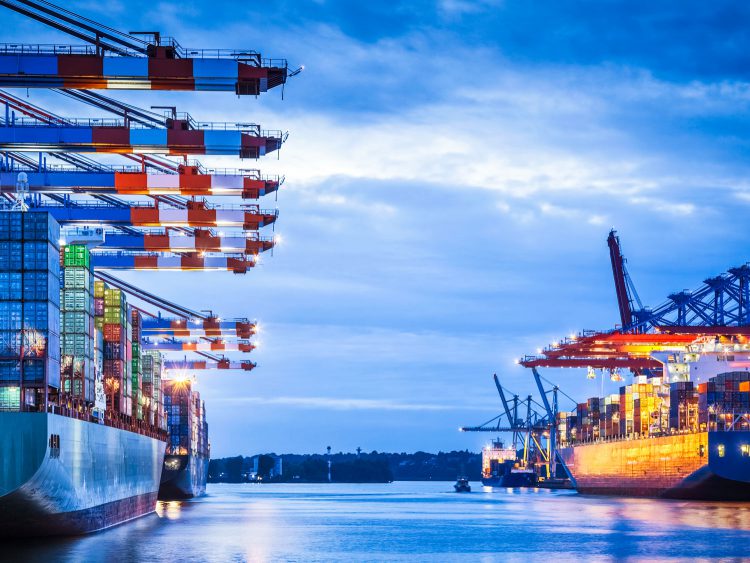 Fuelled by volume reductions, IMO 2020 surcharges, and increasing demand ahead of Chinese New Year, Asia-Europe container spot rates are hitting levels not seen in years and could increase further in the run up to Chinese New Year.

The traditional Chinese New Year spike in demand, before factories close for the holidays, which start on 25th January, is filling ships and pushing up rates.

The steep increase in the price of very low-sulphur fuel oil (VLSFO) is another factor in the lines cost calculations, but how much of the additional cost of fuel is being recouped by the carriers remains unclear.

Demand, combined with the IMO surcharges explains some of the robust pricing, but the primary driver is the aggressive capacity reduction program of blanked sailings and the removal of a further 6% of capacity to fit scrubbers.

Many of the blanked sailings through January are within services offered by the Ocean Alliance and THE Alliance, although 2M carriers Maersk and MSC have extended the suspension of their joint AE2/Swan service until January.

The withdrawn sailings are set to increase after the Lunar New Year, with carriers announcing significant capacity cuts.

JOC report that shippers can expect an additional 4.7 average-sized sailings to be blanked, with the bulk of the announcements likely to come four weeks prior to Chinese New Year.

The cuts will come on top of the already announced 162,000 TEU blank sailings for the period.

The uncertainty surrounding the IMO 2020 imposition continues. Carriers are already filling ships with the new fuel, but it is 83% higher than traditional high-sulphur fuel oil and carriers have stated repeatedly they have no intention of shouldering any of the increased fuel costs, and their success in passing them on to customers will heavily influence the deployment of capacity through 2020.

But as exposure to the rising fuel price grows, the real test of carrier discipline in passing on increased bunker costs will be come as demand starts to drop off after Chinese New Year and the traditional slack season that extends through March.