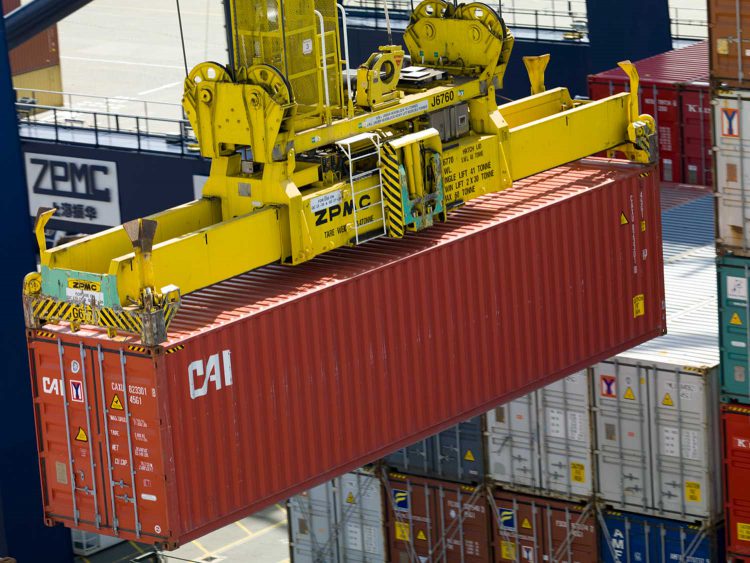 Congestion at both ends of the critical Asia-North Europe (this still includes the UK) shipping trade is wrecking vessel schedules, with the average delay of container ships completing a round-trip loop rising by over two weeks, as carriers skip congested ports at both ends, and quite often in between.

These extended transit time delays are removing much-needed capacity from the sea freight market, with analysts suggesting that the three alliances would need to add a further 44 ships of between 14,000 to 24,000 TEU to cover the delays and maintain a weekly sailing frequency on all 17 Asia-North Europe loops.

In essence up to a quarter of total container shipping capacity has been removed, with the extended transit situation. The equivalent of parking up and idling 25% of the world’s global container shipping fleet to put it into perspective. Unbelievable a few years ago – but reality as of today.

Comparing the voyage durations for ships on the 17 Asia-North Europe loops arriving in Asia, for their next westbound sailing, during a week last month, shows that they needed up to 54 days additional time to complete a round trip, with delays averaging 18 days. This, therefore, affects both imports and exports – from and to everywhere – on the trade lanes between Europe and Asia. It is unavoidable not to.

Measuring the delays on a full round trip revealed the massive impact of port congestion on lines’ schedules, with an average of seven days’ delay for the OCEAN Alliance, 19 days for 2M, and 35 days for THE Alliance.

THE Alliance’s performance is particularly marked because it has not been skipping ports in Europe and trying to maintain its original rotation. But Rotterdam, Hamburg, and Antwerp have added significant delays because these ports were far more congested than smaller ports like Zeebrugge or Wilhelmshaven that are used by the OCEAN Alliance.

A significant and often overlooked factor in the operational stress that creates port congestion has been the excessive growth in call sizes over the past year and the sheer volume of containers that need to be loaded and discharged on a single vessel call.

While container ship volumes on the Asia-North Europe trade increased 11.3% year over year, this was just 2.8% above the 2019 total, but more vessels are also not a solution to the congestion. Due in part to the time between order, build and delivery of new vessels and in part because injecting more vessels would run the risk of simply compounding existing bottleneck problems. It’s a conundrum that is not easily solved.

Maersk warned, and other carriers followed, in an October market update that congestion would force them to join other carriers in implementing ad hoc port omissions, to try to maintain schedules, with extra loaders deployed to sweep up cargo and minimise the delays that customers are experiencing.

It does seem that decisions on port call omissions are not being communicated to freight booking desks and consequently, shippers are being offered space on sailings for which cargo may only arrive at the original destination port several weeks after the advertised date.

We have seen similar errors from the Ocean Alliance and THE Alliance partners because their schedules have not been updated and it’s a major problem because shippers may make inventory calculations based on incorrect ETAs.

For the latest information and updates on your ocean freight planning and supply chain for the end of the year and 2022 please contact Chris Carlile or Grant Liddell for immediate advice and the latest intelligence relating to your global freight movements.