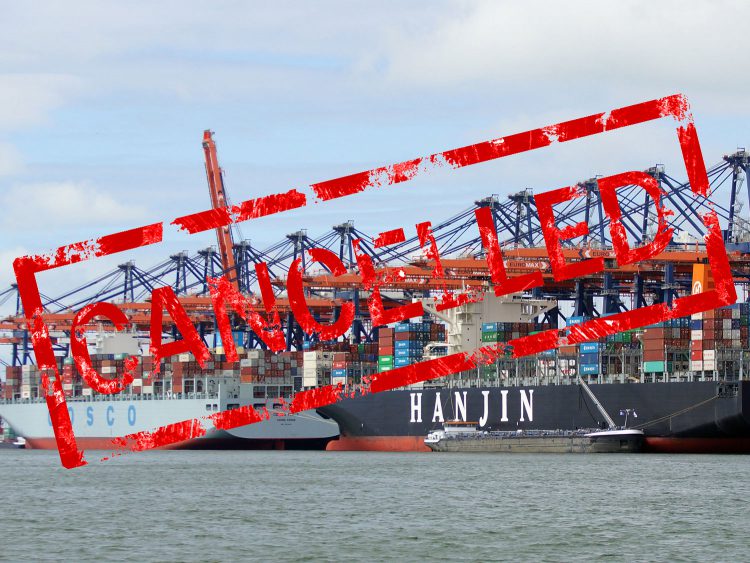 Carriers have been announcing more blank sailings on the Asia-North Europe trade as slowing demand threatens to pull down rate levels.

With widespread factory closures during China’s Golden Week in the first week of October due to further limit volume out of Asia, shippers can expect more rounds of sailing cancelations as carriers try to match capacity with the fall in demand up to and beyond the holiday.

A total of 150,000 TEU was withdrawn from the market during the peak season of July and early August, lifting rates for the first time for some months, and that strategy will be repeated.

The 2M alliance is suspending its AE2/Swan loop from the end of the month, removing some 20,000 teu of weekly capacity from the tradelane, adding that the service would be reactivated in mid-November, “provided market demand recovers”.

Maersk and MSC also confirmed a void voyage of their AE7 and Condor service for week 41, in connection with the upcoming Golden Week, taking out about 17,000 teu of capacity.

The rival Ocean and THE alliances have also blanked sailings around Golden Week, but unlike the 2M, had already removed more than 150,000 teu of capacity during the peak season in an endeavour to shore up rates.

Blank sailings have been used by most carriers to stem the pressure from the introduction of mega-ships this year, with carriers deploying 10 units of 20,000-plus TEU capacity and another seven vessels of between 15,000 and 20,000 TEU.

But there is another factor in play that will encourage carriers to cancel sailings, as implementation of the International Maritime Organisation’s (IMO’s) global low-sulphur fuel requirement will allow carriers to blank sailings while preparing vessels for compliance.

Vessels that are retrofitted with scrubbers, which would achieve the sulphur reduction while still burning high-sulphur fuel, would be removed from service for three weeks.

Expectations are that about 6% of container ships will have exhaust scrubbers installed to meet the IMO mandate, but even ships planning to burn low-sulphur fuel will need to be dry-docked for at least a week to have the high-sulphur residue flushed from their tanks.