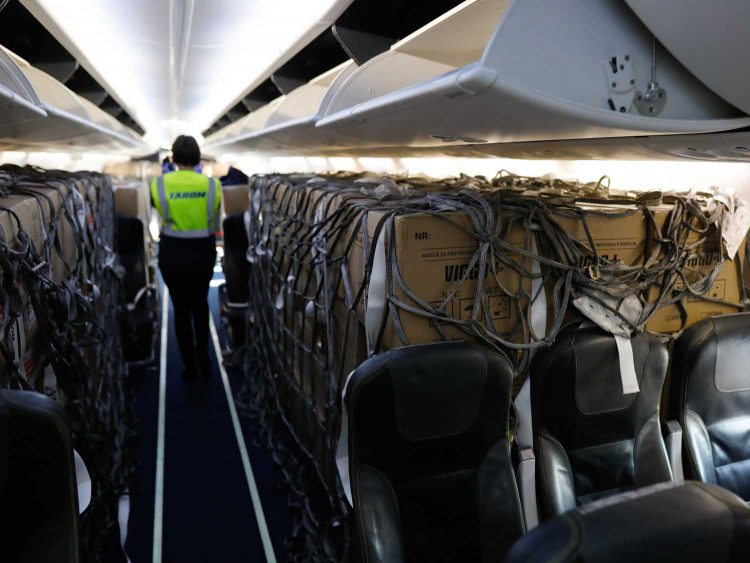 On the 20th April we highlighted the new Customs controls that the Chinese government had imposed on exports of PPE and medical equipment into Europe. The danger of congestion has unfortunately been borne out.

Shortly after the new regulations were imposed we saw customs brokers raising rates for export clearances and processing time caused by the new controls impacting operations in Hong Kong, Shanghai, Guangzhou and Shenzhen.

We anticipated that delays would extend to the rest of the country, because at least 90% of all medical cargo would require customs inspection.

As it transpired over China’s Labour Day Holidays, the blend of lack of uplift, the global rush to buy medical equipment, combined with the crackdown on PPE, saw some aircraft actually flying out empty of these critical products.

“We use a blend of charters, freighters and converted PAX for service resilience and flexibility ”

It was bad in the run up to the public holiday, which runs from the 1st to 5th May, with huge truck queues and congestion at warehouses in Shanghai. Long waiting times which meant that a lot of cargo couldn’t catch flights.

The situation has improved somewhat, with customs inspection waiting time down to five or six hours, rather than the 48 hours experienced during the peak, but Pudong remains very congested.

The tighter export controls make it very difficult to transfer cargo to Hong Kong, so most PPE must go through mainland airports.

Air freight rates reman at the highest levels ever, which means that that’s a lot of money at stake for cargo that doesn’t fly, particularly if you have sourced and prepaid a charter.

The congestion at Shanghai caused by the lack of capacity and immense volumes of PPE being received continuously has spread to other airports including Guangzhou, Zhengzhou, Shenzhen and Xiamen.

We are monitoring the situation closely and are working with other airports and solutions like our sea/air options as appropriate.