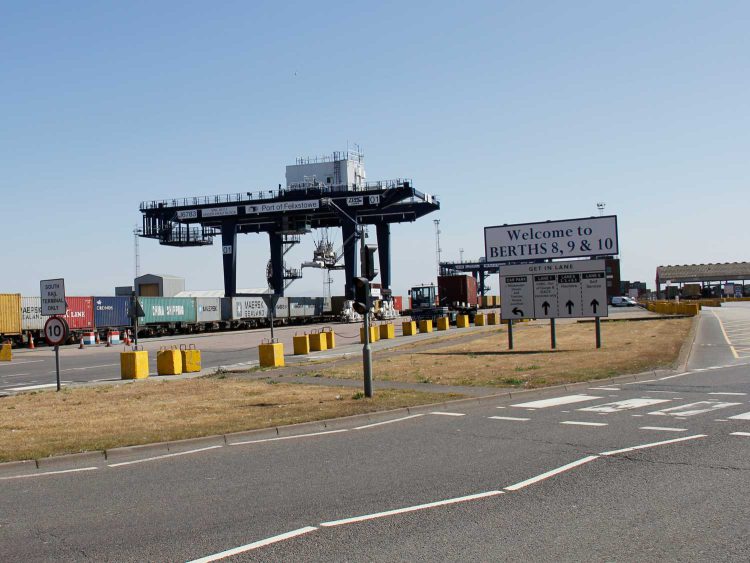 The vote in favour of strike action in August, in a dispute over pay, would bring Felixstowe to a standstill and cause major disruption to port operations and road haulage transport of containers to and from terminals.

The Unite Union’s 1900 members at the port voted overwhelmingly in favour of a strike next month, rejecting a 5% pay rise offer and raising concerns that any stoppage at the UK’s largest container port could further fuel inflation by pushing up overall logistics costs.

UPDATE 5TH AUGUST –  Strike confirmed for eight days from Sunday 21st August until Monday 29th August. The union said that employer Felixstowe Dock and Railway Company had failed to improve on an offer of a 7% pay increase.

UPDATE 9TH AUGUST –  Felixstowe port employers improved its offer with a lump sum payment of £500, but this was rejected by the Unite union last night and with no further meetings planned, the eight-day strike will start on the 21st August. Shipping lines plan to reschedule calls and some will bring ships in earlier to discharge UK imports.

Felixstowe handles in excess of 45,000 containers each week, and the strike’s timing coincides with the traditional increase in traffic that follows the traditional peak season.

The vote for action came as the Port of Liverpool and London Gateway recorded their best ever half year figures, with the latter handling more than one million TEU.

A senior union official predicted rolling strikes across the economy for the rest of the year beginning with a “summer of solidarity”, as workers become emboldened to protest in the face of rising living costs.

After last Wednesday’s rail-worker strikes, train drivers will also strike at nine rail companies on the 13th August, while members of the RMT are planning strikes on the 18th and 20th August alongside members of the TSSA at Avanti West Coast.

More coordinated action like this is likely, to keep protests in the public eye for longer, but mass politicised stoppages are unlikely, as each strike needs to be based on a specific dispute with an employer to be legal.

The prospect of Felixstowe stoppages follow similar walkouts at Antwerp and major German ports including Hamburg, Bremerhaven and Wilhelmshaven, with unions now agreeing that there will be no further strikes before late August, under a deal which calls for three further dates for negotiations up to the 26th August.

On the air mode, Lufthansa had to cancel 1,000s of flights last week week and cargo operations were affected in Germany, due to strike action that impacted the Frankfurt and Munich hubs.

Consignments booked to be transported during the strike period as belly cargo had to be rebooked, but no further strikes are planned, as talks between the airline and union were scheduled to resume yesterday and today.

In a separate dispute, members of Germany’s pilot union Vereinigung Cockpit (VC) voted overwhelmingly on Sunday in favour of industrial action, paving the way for additional strike action at Lufthansa.

We flex cargo volumes through a variety of UK and continental ports and airports, to take advantage of rate fluctuations, port pairing benefits and to avoid delays at congested ports.

To learn how we  work around disruption and port congestion, please get in touch with our sea freight director, Andy Smith, who can advise on our preparation ahead of any potential strike at Felixstowe.