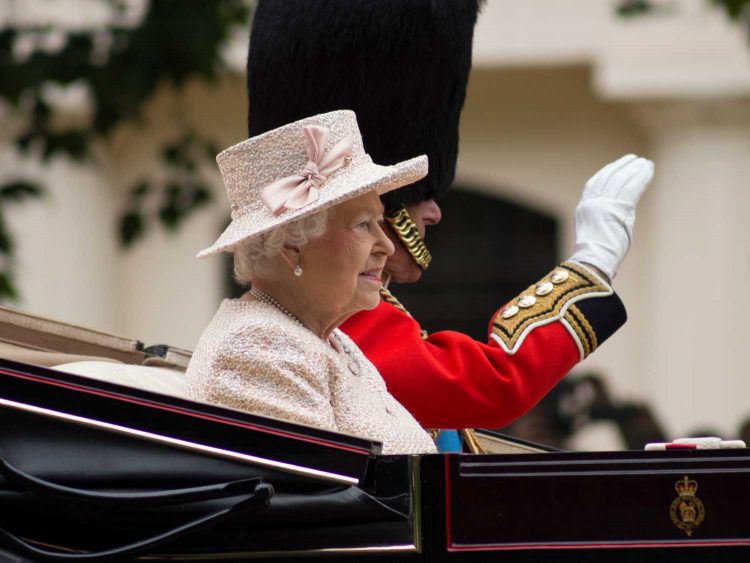 In the 70 years that Queen Elizabeth II has been our monarch, her reign has heralded the transformation of international trade and the beginning and spread of a new global economy.

When Elizabeth II acceded to the throne in 1952, at the age of 25, Britain had lost two-thirds of her pre-war export trade and the post-war beginning of the reconstruction of a new global economy had just begun.

Three months after her accession BOAC began the world’s first commercial jet service with the 44-seat Comet 1A, flying paying passengers from London to Johannesburg. Within a few years a variation was flying transatlantic, with 1 ton payload at a cruising speed of 400 mph.

And just three years after Elizabeth’s coronation saw the beginning of containerisation, with the inaugural voyage of the first container ship, the Sea Land Ideal X on the 26th April 1956.

By the early 1960’s container ships had replaced traditional breakbulk liner services on the major east-west trade routes and the impact of these changes greatly reduced the cost of international trade, while increasing its speed and effectiveness and was a major element in rapid globalisation.

Globalisation has been facilitated by advances in technology which have reduced the costs of trade, and trade negotiation rounds, originally under the auspices of the General Agreement on Tariffs and Trade (GATT), which led to a series of agreements to remove restrictions on free trade and the formation of the World Trade Organization.

After the Berlin wall fell in 1989, and the Soviet Union eventually collapsed, the WTO was created in 1995 and encouraged nations all over the world to enter into free-trade agreements, and most of them did, including China.

With China becoming a member of the WTO, it started to manufacture for the world, which opened the door to off-shoring production and access to cheap consumer goods.

In 1983 a new technology from the Third Industrial Revolution, the internet, connected people all over the world in an even more direct way, with orders now placed electronically instantly. Instead of having them delivered in a few weeks, orders could now arrive within days.

The World Wide Web followed in 1989, supporting further global integration of value chains. You could do R&D in one country, sourcing in others, production in yet another, and distribution all over the world.

The result has been a globalisation on steroids. In the 2000s, the sum of imports and exports has consequentially grown to represent half of world GDP.

The pandemic has placed an unprecedented burden on the world economy, healthcare, and globalisation, but reports of the demise of consumerism due to COVID have proved premature, with the trade of goods surging to pre-pandemic levels despite well publicised supply chain problems.

Some experts predicted the pandemic would lead companies to source from within their local region rather than around the world, but the international flow of goods is growing faster than local sourcing and near-shoring within regions.

Global supply chains are under the most intense and sustained pressure of recent times, which is why we monitor and report on the most important developments, so that you can take effective action and make informed decisions, that avoid possible issues, before they become problems.

Container shipping and air freight continue to face challenges globally, but with notice we continue to secure space and get the right equipment positioned. The world of global logistics and supply chain is a rapidly moving environment and Metro ensure that we are at the forefront of developments to deliver the most appropriate service and solution, as we have been for over half of the Queens reign.

Please contact Elliot Carlile to learn how we can support your supply chains, even in the most challenging market conditions.